The Personal is Political (and Confusing) 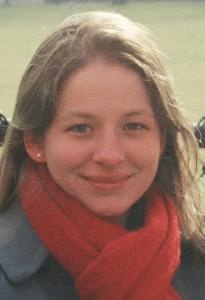 Boyfriend and I are both third year law students. For three job application rounds in a row (2 summers and a clerkship) Boyfriend’s stayed here where we go to law school, while I’ve taken a job elsewhere. Each time that’s made sense for me, and we’ve survived the temporary long distance. Each time, as luck would have it, Boyfriend has gotten his offer first and had to make a decision to stay before I had to make the decision to go. Each time the ball’s been in my court to decide between Boyfriend and my dream job. We’ve talked about it all ad nauseum: I know he knows I know it’s right to do what’s right for me, etc. And it really is just circumstance that’s made my decisions come second each time. So here’s the problem: I’m so self-conscious of falling into gender roles it effects my decision every time. With each decision came the same internal discussion: I really want to be with Boyfriend, but I don’t want to pass up an opportunity for him, but being with Boyfriend is really for me so maybe passing up the job is for me not him, but … ahhh. OK so clearly I have some issues, but I find it really difficult to decide “what I want” without thinking about the implications my decisions have on my uber-feminist credibility. If I decide to take a less prestigious job so I can maintain a relationship am I loosing a greater battle for women’s rights? If so, is it worth being miserable not to? For now I’m hoping that next time around I get my job first, and Boyfriend can grapple with these issues instead.

I feel your pain and went through the same thing when I was a 3L.  I had a boyfriend at Georgetown Law (almost 2 years behind me in the night program) and I had an AMAZING job opportunity in Houston, Texas.  He said he never wanted to leave DC (where we both were from) and I knew I might one day be transferred, but was only 25 and wanted to be patient and go off and do my own thing.  He also got an amazing offer in both DC and Texas.  But, he kept telling me that since I ultimately wanted to have kids and stay home, I should sacrifice for his best interests (although BOTH firms he had offers at were equally great). Ultimately, while he did try 2 summers in Houston, we decided to break things off (since I went to Houston and didn’t want to move after 1 year there with my Company).  I thank God every day that I didn’t make the stupid mistake of following him. We weren’t engaged and I really thought that my career should come now, and his could come later, as IF I was going to have a family later, now was the time to “put my time in.”  Further, I was at a place that was extremely family friendly. THe funniest is that we broke up in August when he went back to DC and school, and in Feb of the following year, I was offered (and accepted) a COMPANY move and transfer back to the DC area.  I ended up buying a house less than a mile from his house. Fast forward 5 years- we are both married now to other people(although we no longer speak) and his plans are to move to (Texas) since he married a Texan! So the moral of my story is that this is the time for you to have your career (esp. if you want the marriage/family thing later).  I think it’s been invaluable that I had over 5 years to establish myself as an attorney (and the fortune of being with an employer that has a work/life balance) and I think back all the times I thought long and hard about staying in/returning to DC/Virginia for my boyfriend. I know at 25, while I TRULY thought he was the man I was meant to be with, giving up everything I worked for in school wasn’t a sacrifice that was worth it and something I knew I would regret if I didn’t take the opportunity in front of me. My husband is graduating from his MBA this May and we are moving to the city of OUR choosing. Everything works out and to be honest, I am thankful I didn’t end up marrying the 2 law students I dated or the attorneys I dated after law school.  You’re still young and in the prime of your career. . . and if he’s worht it, he will show you his true colors and repsect that you are at a top school and deserve a top start to your career.  If you have a doubt, then there is no doubt what you need to do! Good luck. I know I struggled with it for some time!
kirkebaby
part time in-house counsel
mom of a 15 mo old