Perspective: From a women’s college to a co-ed law class 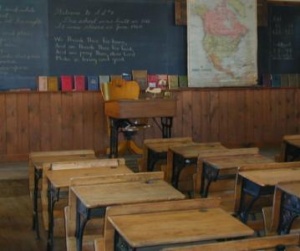 Coming directly from a women's college to law school, I confronted an unexpected hurtle--a co-ed classroom. In my youth, I attended co-ed schools, but was fortunate to take the opportunity to attend Scripps College of the Claremont Colleges. During college, I was able to gain confidence as a woman and was able to understand what it meant to be a woman in society. I emerged from Scripps confident and independent.

Despite the lessons learned from a women's college, I found that, even in this day and age, the legal realm is still adapting to women in executive positions. I had been warned of this fact when I decided to attend law school, but it became concrete during my first summer externship. After my first year of law school, I externed at a medium-sized civil litigation firm where the majority of attorneys were men, and there was one female partner amongst the eight other male partners. This fact was pointed out to me time and time again, implying that even as a woman, I could make it to the top. I found this odd, as I have never doubted being able to hold a position that has traditionally been held by men.

The sensitive topic of gender equality in law offices become clearer during an interview at a larger firm in my second year of law school. During my interview with one of the junior associates, she very openly addressed the issue of work distribution between the male and female associates. She reassured me that the gender equality dynamics were far superior to other workplaces she had encountered. Mainly, she implied that she got as many and as important assignments as her male counterpart. We discussed the current dynamic of female attorneys being faced with choices between family and work, and feeling slighted in the workplace when they chose one over the other--judged whether they chose family over work, but also scrutinized if they chose work over their "maternal instincts". It was unsettling to me that even now, after more and more law schools are evening out the ratio of female to male students, and more women are succeeding in executive positions, that this would still be an issue.

After completing two years at law school, and experiencing the legal profession in various practice areas, I am left with hopeful feelings about entering the profession as a woman. As many women do, I feel the pressure of having to "do it all"--prepare for a family life and maintain an ambitious career. However, the women that I meet as I navigate my way through the profession have helped me understand the road ahead. Recently, especially through forums such as Ms. JD, there seems to be an acknowledgment that these pressures exist, and that they are able to be overcome. A woman that desires to "have it all" is supported by a coalition of women who have been through what she is facing now, and who have made the journey a little easier by their success. Therefore, I feel grateful and inspired to be a part of a profession that is continuing to evolve and give women the opportunity to further apply themselves.

As a current student at Agnes Scott, an all women's college, this article has given me so much hope about my future law aspirations.  Though I am only a sophomore, I am positive that I want to pursue corporate law, and I am indeed a "high roller helen", according to another article here.  Fortunately, I have no problem being one.  I have already attempted to brace myself for the possibilities of being completely unappreciated and under-valued as a woman in this career, but your article has given me hope.  Further, I have become slightly apprehensive about the shock that will most likely occur once I re-enter the co-ed classroom, and this article has helped to ease my fears.  Thank you so much!

Well, but on the other hand…she doesn't really even talk about the co-ed classroom. I attended a co-ed college and still find the co-ed law school classroom different and irritating vs co-ed classes in college…and that's with me only thinking about the difference between classes with men in them vs ones without, and not the unique teaching methods used in law school classes or other differences. Attending a same-sex college is going to be even more different than <i>that</i>. Classroom environments are just different when they include men, and law school tends to magnify those differences.