Ponderings of a Law Professor:  The Constitutional Equality of Women 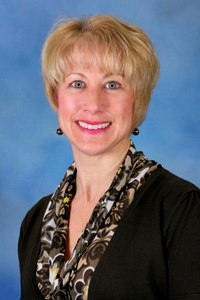 For young women coming of age today, their equality with men seems assured.  As youngsters they’ve played on co-ed sports teams; they’ve often been more successful than boys in school; they’ve pursued careers in previously male-dominated fields like math and science, medicine and law.  For them, women have always been able to vote, abortion has always been legal, and women have reached high places in politics.  Many probably have mothers (and fathers) who came of age during and after the second wave of feminism, believing they would raise their daughters to believe in their capacity to be equal citizens.

It might surprise some women, then, to learn that women’s equality is not guaranteed, at least not constitutionally.  Neither our constitution nor any of its amendments provide for women’s right to be equal to men.  And, according to Justice Antonin Scalia, the Fourteenth Amendment does not protect women from sexual discrimination.  In an interview with California Lawyer earlier this year, Justice Scalia said,

Certainly the Constitution does not require discrimination on the basis of sex. The only issue is whether it prohibits it. It doesn't. Nobody ever thought that that's what it meant. Nobody ever voted for that. If the current society wants to outlaw discrimination by sex, hey we have things called legislatures, and they enact things called laws. You don't need a constitution to keep things up-to-date. All you need is a legislature and a ballot box.

An equal rights amendment to the constitution was first proposed by suffragist Alice Paul in 1923 and introduced in Congress every session since then.  Finally, Congress passed the amendment in 1972, and it was ratified by 35 states, leaving it three states shy of the requisite number needed to add it to our constitution.  The equal rights amendment continues to be reintroduced regularly in Congress, but has gone nowhere.  While there are various federal and state laws that offer women equality and protect them from discrimination, these laws are, like any law, subject to revision or repeal, potentially wiping away any hard-fought protections.  A constitutional right, however, cannot be decimated quite so easily.  (This is not to say that a constitutional right, once given, is always recognized or enforced; the experience of black America illustrates this point.)

Many aspects of the Brazilian constitution are interesting, but here I want to focus on a few provisions involving women.  The most significant is that the constitution explicitly provides for equal rights for women.  One of the “fundamental objectives” of the country is “to promote the well-being of all, without prejudice as to origin, race, sex, colour, age and any other forms of discrimination.”  Tit. I, art. 3, sub. IV (emphasis added).  Further, the constitution provides that “[a]ll persons are equal before the law, without any distinction whatsoever, . . . being ensured of inviolability of the right to life, to liberty, to equality, to security and to property, on the following terms,” the first of which being that “men and women have equal rights and duties under the terms of [the] Constitution.”  Tit. II, Ch. 1, art. 5.   Among the social rights afforded all Brazilians are education, health, work, and protection of motherhood, including a specific right to paid maternity leave for 120 days and free day care for children up to five years old.  Tit. II, Ch. 2, arts. 6 and 7.

Because the 1988 Brazilian constitution guarantees a vast array of social rights and entitlements, there are, in reality, some problems delivering all those entitlements.  For example, while there is free public education, its quality falls well below private education, and there is not yet free day care.  On the other hand, women who work in civil service jobs are, like their male colleagues, paid on a scale that does not vary by sex.  A male judge with a certain number of years’ experience is paid the same as a female judge with the same number of years’ experience.  The constitution demands it.

The 1988 Brazilian constitution is surely ambitious, but its creators have envisioned a different society than what we see in the United States, a society based foremost on the equality of all of its citizens.  That such a concept was so important as to guarantee it in the organic governing document is more than we will see in this country, but the idea makes me wonder:  What would change, what would be possible, if the United States were to truly fully enforce equality of all its citizens?  Why are we in this country so unwilling to do what most other civilized countries have done?