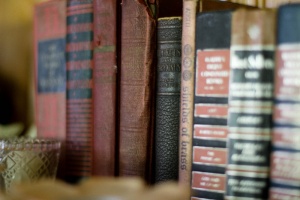 So you're thinking about applying to law school. What should you do to prepare yourself to succeed as an applicant, as a student, and, ultimately, as a lawyer?

I have seen the pre-law school process from many different angles. Most obviously, I myself was at one time in your shoes, trying to figure out whether law school was the right choice for me. Both before and during law school, I taught LSAT preparation classes for The Princeton Review, during which I encountered hundreds of prospective law students with a wide range of reasons for going to law school. As a practitioner, I often supervised interns who were considering law school. And now, as a professor, I have mentored many students both formally and informally about their law school experiences and career choices. I've also served on the admissions committee at my school, the University of Denver Sturm College of Law, and seen a wide range of aspiring law students in that capacity.

From my own experience, here are seven things you should do before you go to law school:

None of these, by itself, is a good reason to go to law school. I am not necessarily saying that you have to know exactly what you want to do. Often people undergo several career changes -- for example, someone might start out working for a firm, then transition into a government position, and ultimately move out of practice and into a policymaking position. The vast majority of people with whom I graduated law school are no longer working in their first job.

2. Spend some time working or interning in the area in which you hope to work after you graduate. In figuring out whether you want to go to law school, there's no substitute for working as a paralegal or intern, observing the people around you, and figuring out whether theirs is a life that you want.

In my case, I knew I eventually wanted to enter legal academia after I graduated from law school, but I also wanted to practice for a few years first. I also knew I was interested in civil rights litigation -- the field in which I now research and teach. So before I went to law school, I did a substantial internship with the ACLU, worked on research for a law professor, and learned as much as I could about the actual day-to-day life of civil rights litigators and legal academics.

3. Look at other options. One way to test whether law school is a good choice for you is to think about what you would be doing if you weren't going to law school. Law school comes with a significant financial cost (well into six figures for many people) and a significant opportunity cost (three years of your life). That's a lot of money you could save and a lot of time you could invest in -- for example -- advancing at your current job or taking continuing education classes to transition into a related but better job.

4. Do your research. Speaking as someone who attended one law school and has now taught in various capacities at five others, I can say with confidence that not all law schools are the same. A few points of comparison you should consider: faculty engagement with students (both substantively and in mentorship roles such as helping students get jobs); the demographics of the student body, job placement rate, and financial aid. What is the community like on campus? Are there organizations that support your interests? Are the students people you can see as your friends? What is the school's track record in placing people into good jobs?

Also, quite a bit has been written lately about the contraction in the legal job market. Make sure you read a lot of different perspectives and understand the situation. Not all schools, practice areas, geographical areas, etc. are weathering the changes in the legal job market similarly. Figure out which ones are doing well and which ones aren't. Talk to people, but make your decision based on statistics as well as anecdotes.

5. Make your application the best it can be. As a member of the admissions committee at my school, it's always disappointing to see an application that doesn't seem to present the applicant as well as it could. Take every part of the application seriously.

There are plenty of resources on how to write a good personal statement. The best advice I can give you is to have a lot of different people read your personal statement, and then take their suggestions. Treat it like the most important thing you've ever written -- in some ways, it is. Admissions committees really do read them -- particularly if you are on the margin for that particular school in terms of your LSAT and GPA. A good personal statement can tip the balance one way or the other. At least some of the people with whom you're competing for admission will have hired professionals to help them with their personal statements. Personally I don't think you need to do that, but you should find some smart people who are good writers to help you with your statement.

When it comes to the LSAT, you really should treat studying like a full-time job for at least six weeks before the test. Unlike many other standardized tests, such as the SAT, ACT, and GRE, the LSAT doesn't test mathematical formulas or complex vocabulary. So there's nothing to memorize. Rather, it's a test of skills, and skills get better through practicing them over and over. And if you don't like your first LSAT score, figure out how you can improve your studying and retake the test. Schools tend to look at your highest score, so there's relatively little to lose and much to gain. Put another way, it raises questions for admissions committees when an applicant takes the test once, gets a mediocre score, and doesn't try again -- why didn't this person give it another shot, we wonder.

And finally, make sure you get at least one letter of recommendation from a professor. You're applying to a school, so admissions committees are naturally interested in how you did at your previous school. If you don't have a single letter of recommendation from a professor, we wonder why not. And if you literally don't have a professor you can ask for a recommendation, see if you can change that. Even if you've already graduated, volunteer to do research for someone, especially in a law-related field. If you take on a challenging assignment and succeed, that professor can become the valuable reference that your application is missing.

6. Assess your finances. Everyone's situation is different, so my advice on this point is not specific, but it is incredibly important to think about how your financial life will look after you graduate from law school when you are making decisions about whether and where to apply.

I am from a modest socioeconomic background, and I ended up graduating from law school with over $250,000 in loans that I will be paying back for a long time. Writing a check every month for $1400 (my current monthly payment) is no joke, and you should think now about how much money you will need later to have the kind of life you want.

Immediately after law school I did a clerkship with a federal judge and had offers from several big law firms. I ultimately turned them down to work for a public interest organization where I made less than $30,000 per year. Only recently -- after six years of teaching and receiving tenure -- has my salary as a law professor begun to approach what would have been my starting salary for the law firm positions I declined. My partner and I live in a two-bedroom apartment, I drive an inexpensive car, and I'm unlikely to own property any time in the foreseeable future.

I don't regret any of this, because I love everything about my job, I have room in my budget to travel when time allows, and I don't worry about money on a day-to-day basis. So for me, the decisions I made were good financial decisions. If I were interested in owning a house or having children perhaps I would have made some different decisions along the way -- for example, I could have gone to one of the law firms that made me an offer for 3-5 years and paid down a lot of my debt. But the larger point is that everyone's circumstances are different, and unless you are in the very small minority of people who have the financial means not to worry about the consequences of your decisions, you should think seriously about your own circumstances.

7. Take some time off. I'm a big advocate of taking at least a few years off between college and law school. Both as a law student and as a professor, I have noticed that the students who struggle, both personally and academically, are disproportionately those who went straight through from college to law school. This isn't meant to say that it's never a good idea to go straight through from college to law school, or that everyone who does so will struggle. A lot of people do just fine. But keep in mind that the years between college and law school are a unique time in your life that you can't get back once you're done with law school and need to focus on beginning your career.

First, it's a chance to try on different hats. In addition to teaching test preparation classes, interning at the ACLU, and researching for a professor, I also worked as a server at a local brewery, tutored students who were learning English as a second language, and helped manage a small independent theater.

Second, it's a chance to have a lot of different experiences. Aside from my jobs, I went hiking all over Colorado, traveled around central America, and made wonderful friends -- mostly people who were also between college and graduate school of some kind. I had very little money, but it was a happy and irreplaceable time in my life.

So don't rush into law school. With good planning and good luck, you will have a long and successful career, and whether you take two or five years between college and law school will matter very little in the long run.