Prosecution Witnesses at My Trial

I am describing the prosecution’s presentation to the Court at my criminal trial.

As hard as it is, I am doing my best to not present a one-sided case.

The prosecution had about 10 witnesses at trial who were investors in a Fund that I administrated as part of a five-person committee. None of the witnesses were people I had asked them to invest. Some of them I talked with about their paperwork because that was my job. There were three men from the committee testifying against me. There were a travel agent and banker who testified. There was one investor that was slightly controversial.

The name of the man that owned the company I worked for, Stan, came up or was strongly inferred with nearly every witness’ testimony. The Government knew that Stan was the linchpin and the witnesses were reinforcing that with every person that raised their right hand and took an oath. At times, it was obvious that Stan was being prosecuted during my case more than I was.

Stan had a significant business relationship with most/all of the Government witnesses/investors associated with an unrelated company, not the Fund that was supposed to be the focus of the trial. Years ago, the investors trusted Stan for their investment selection, and due to their generally unsophisticated understanding of investments, the witnesses/investors really couldn’t say what they were invested in and what they signed.

There were times when I felt bad for the investors that were testifying because not only did they not understand what happened, but they had moved on and seemed reluctant to revisit this debacle. One witness was asked, “You don’t have any written notes. So you’re just testifying on your memory what the Government gave you?” and the witness answered, “That’s right”. There were times when the witness was asked directly, “You were not relying on anything (referring to me) may have told you directly?” and the witness said, “she didn’t speak to me directly, no sir.” 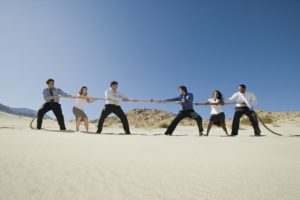 At the trial,” Mr. L” was the only investor/witness that came close to saying that I did something “wrong”. I am paraphrasing when I say that ” Mr. L” included me in a meeting with Stan and others when “Mr. L” felt he was promised how his funds would be used that was different from what the written offering circular stipulated. “Mr. L” inferred that I must have heard how his funds would be used and if it what Stan said wasn’t true, Implying that I should have called out Stan on it in front of “Mr. L”. I never heard their conversation at all. They could have been talking about the weather from what I knew. Mr. L. was in and out of our office one morning and I spent 10 minutes talking with him regarding prior management responsibilities I had.

Interestingly years before the trial, “Mr. L.” decided to take civil action on the Fund and all the committee members. I took a polygraph to help substantiate my position and passed with “no deception detected”. The arbitration was a short time away from the beginning of the criminal trial when the prosecutor decided to make a motion to postpone the arbitration until after the trial to avoid confusion. (I don’t get confused hearing the truth more than once.) Otherwise, the cooperating Government witnesses on the fund committee were going to be defending themselves under oath at an investor arbitration alongside me and soon after testifying for the Government to convict me. That would be a tight rope.  How do you defend yourself in one venue and plead guilt in another and claim you are telling the truth at both. 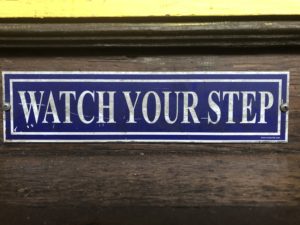 There were three men of the five-person fund committee, Tom, John, and Scott that had become Government witnesses.  It is hard to believe that we had all once been in agreement about how to invest money for the benefit of the clients and now were in direct opposition as to the events that took place. Truly, each person had their own agenda and throughout the testimony, someone, like me, could detect agendas quickly. Others may have to listen much more intently. Still, others were oblivious. Yet, the truth was what we were all supposed to hear and seek.

Tom had pled guilty before the charges were handed down. I knew Tom well. His office was next to mine and we talked daily.  Tom was about 30 years older than the rest of the group and did not want to go through a trial.  The whole experience of dealing with the Government shook Tom to the core and I knew that as much as he wanted to fight the good fight, it wasn’t practical on many fronts for him.  He repeatedly said to me and others that he desperately wanted to be innocent.  I found that statement confusing, but I knew Tom and he would never have intentionally done anything wrong.  It just wasn’t his character.

John was charged with a crime in an unrelated company even though he worked as a fund committee member. I don’t understand how or why the Government would choose to charge a person with a crime related to something completely different than what the trial is for and have him be a prime witness. I am sure there is a good reason.  I just don’t know what it is.

John solicited a lot of investors.  While testifying, it was clear that John had a great deal of regret in the way he treated them.  To paraphrase, John said that the investors should have been treated better, but to a large extent, he was admitting that their unfortunate experience was due to John. The Government tried to elevate John’s behavior to a committee behavior and there was some give and take on that.

John was Stan’s closest friend and no doubt John probably had more insight into Stan’s issues than most anyone. John knew that Stan had betrayed him and countless others.  Since it felt like Stan was on trial, it made sense that the person who knew him best would testify.

Scott lied to the Grand Jury to get me charged. To the prosecutor’s credit, he immediately addressed that Scott pled guilty to perjury, as soon as Scott took the stand.  The prosecutor asked Scott why he lied and Scott said he did so because it was convenient and you like to remember things a certain way that suits your agenda. That sounded honest now, even if he did lie to get me charged. So, how do you know when Scott is telling the truth? It was very confusing.

Reviewing Scott’s trial testimony, most of the time when Scott didn’t say much is when it was the truth.  He might or might not agree or remember.  He mumbled. If he did remember, he might make some comments on details to throw off the truth a bit. I noticed that. Scott lied about his involvement in the Fund. After he resigned from the Fund, he distanced himself and started to point fingers.

Did Scott lie about lying?  It’s like keeping a scorecard and a great segway to mention reasonable doubt. If someone has admitted to lying and been charged with it, how far away can reasonable doubt be? The standard for being guilty is “beyond a reasonable doubt” yet, so much doubt hung in the air.

All the prosecutions witnesses had testified and I was completely convinced that the prosecution had not proven their case. There was never a moment when a witness gave any substantative information that would prove the charges against me.  There was remorse on all fronts that we ever knew a man named Stan.