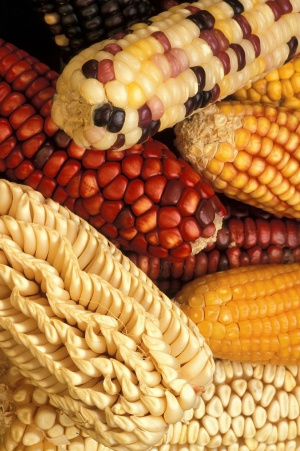 As my local CSA order ends and colder weather arrives, now is a great time to evaluate what protections can be put in place for agricultural and plant innovations. Plant patents, the zebras of the patent world, have experienced somewhat of a resurgence in the last few decades with advances in genetic engineering.

Pursuant to MPEP 1600, the manual of patent examining procedure, all plants are patentable except those which are bacteria or tuber-propagated. Tuber-propagated plants examples are potatoes or turnips - plants by which the propagated part is what you eat. The plant must either have been invented or discovered in a cultivated state and be asexually reproduced.

Once a plant is patented, the owner of the patent is able to exclude others from breeding, growing and selling the product. This effectively also restricts other farmers from sowing, planting and harvesting that variety without permission as well.

As an example of this in practice, in 2018, several Indian farmers were sued by PepsiCo for cultivating and allegedly infringing on its patent to a potato variety known as FC5.* The FC5 potato variety according to the complaint is especially bred for Lay's potato chips.

Plant patents were first introduced in the United States in 1930, with the first plant patent being issued to Henry Bosenberg for his climbing, ever blooming rose.** While plant patents have been most commonly obtained for ornamental plants (e.g., geraniums, petunias, and impatiens) and fruits (e.g., plums, apples, and grapes), they have also been obtained for other types of plants such as perennial corn, sugar cane, cannabis, and interspecific trees.*** Plant patents really began to “bloom” in the 1990s with advances in genetic engineering and gene sequencing.

Plants that are modified to exhibit special characteristics, specific gene sequences, or to resist diseases or pesticides are examples of how modifying a plant and then obtaining a patent on it can be beneficial to commercial agriculture. However, as evidenced by the PepsiCo suit, complications are possible too as more and more of the world’s food supply is engineered and modified, giving the owners of those patents the rights to grow.

Owners are able to enforce plant patents in a manner significantly different from utility patents. Utility patents cover any composition or method within the scope of the claims, even if independently derived by an infringer who had no intent to infringe. The owner can exclude others from asexually reproducing the plant, from using, offering for sale, or selling the plant that is reproduced, or any of its parts, and from importing the plant. While this protection appears broad, in order to show plant patent infringement, the patentee must prove that the alleged infringing plant is an asexual reproduction, or the progeny of the patented plant. In reality, it is a challenge to obtain direct evidence of an alleged infringer in order to trace the infringing plant back to the original plant outside of the genetic similarities.*** In the case of PepsiCo, a private detective agency took samples from the farmers’ fields and secret video footage.

While PepsiCo ultimately agreed to withdraw the lawsuit after undisclosed discussions with local government, the farmer sued continues to plant the FC5 potato variety. After all, the plant patent will expire within 20 years.