Raising the Bar: the UBE 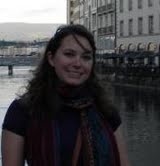 The Uniform Bar Examination (UBE) is a standardized bar exam that is currently being considered as a revolutionization of the traditional Bar Exams administered in each state. As of now, Colorado, Idaho, Missouri, Montana, Nebraska, North Dakota, Utah, Washington, Alabama and Arizona have all adopted the UBE.

The UBE was originally considered due to the economic recession and the subsequent difficulty that recent law graduates faced looking for jobs. States that have adopted the UBE have done so to give new lawyers new opportunities to move around and pursue job opportunities. It makes the difference between having to wait for an exam that takes place only twice a year versus having the ability to immediately move to a new state to take a job. While some states have additional requirements on top of the ones in the UBE, even for sparing new lawyers, the UBE is an enormous improvement over the rigors of taking the entire exam again.

The introduction and subsequent adoption of the UBE suggests a trend in the legal community towards uniformity and mobility. While California, New York, and Florida would have serious considerations to make about whether to scrap their state-law heavy exams, it is possible that future generations of lawyers will be able to move easily from state to state.