Reaching Gender Parity in My Lifetime: A Lesson in Basic Arithmetic

By jessie kornberg • December 04, 2011•Firms and the Private Sector 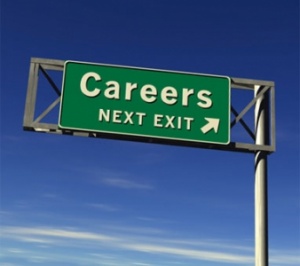 Ahh, December. 'Tis the season to be announcing new partnership classes. And bemoaning the persistent gender gap in positions of leadership in our glorious profession.

As you've no doubt heard, women represent a distinct minority of women partners at large law firms. And their scarcity serves as a proxy for the issues facing women in every sector of the profession, where women have represented a static below-20% in virtually every category of leadership (tenured faculty, federal judges, general counsel, etc., etc. ).

But it's not ok. If there are no qualified women in your law firm that is not a random occurrence over which the firm had no control. That is a major epic failure. And should you find yourself in that position you must ask yourself, what did I do to chase them all away?

So lets forget the, "ho hum there must not have been any decent candidates" argument and turn instead to the "well it's ok because we promoted women last year" line. If every single year the majority of the people you promote to your partnership are not women you are simply failing to seriously address the staggering gender gap in your current partnership. At the current rate of promotion women will achieve gender parity in another two centuries. When my great-great grandchildren are dead.

I am not willing to trust that someday eventually in someone else's lifetime this will work itself out. Are you?

Those women were the little girls you raised on the notion that they could be anything they wanted to be because the glass ceilings were shattering and the doors were opening. Make good on your promise. This season make a woman your partner.

I like the post and you idea that women in the law need to continue pushing forward.  My personal experience is that of being the only female partner and founding a three person firm.  I left that firm and now I am the only female partner with 15 partners.  I yearn for a time when other women are in my daily life as equals and not part time attorneys or associates who transition out for family or personal reasons.
My way of paving the way for others is to encourage my fellow female attorneys to build their own place by creating their own network and using their sense of balance and fairness to represent clients.  You can’t be one of the boys but you can be yourself and not surprisingly clients and referral sources will appreciate this fresh approach.