Reflections from a Headhunter: The View From the Bottom of Mt. Everest 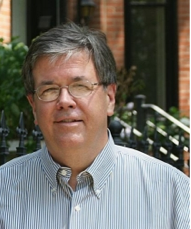 Professional growth is parabolic with shallow and then steep curves of growth and accomplishment. Sometimes it’s difficult to remember that the lawyer 2-5-10-25 years older than you was also a new lawyer once. What they do easily now is an art and a craft, which they have been honing for years. They cried in the taxi or quaked with nervousness their first time in court too though. All the great ones do. Consider these titans of the bar to be your parents or your big brother or sister - for whom everything seems to come more easily.

As a summer associate with Shearman & Sterling in New York in 1976 I worked for John Hoffman, a spectacular senior partner whose capabilities, demeanor, and temperament all  spelled W-a-l-l  S-t-r-e-e-t  L-a-w-y-e-r. A 1960 graduate of Harvard Law School, he was in his early 40's at the time. He is best known now as the key United States lawyer leading the negotiations among banks and governments which led to the release of the American hostages in Iran in 1981. To say I was intimidated in his presence would be the understatement of the old Millennium.

At 4:30 one afternoon his secretary asked if I could “see Mr. Hoffman.” Sure - as soon as I finish throwing up in my trash can and putting on vest and my jacket.  The suit in question was a baby blue pinstripe suit. (As a native Californian going to Wall Street I thought pinstripes were de rigeur but that a bit of California baby blue would combine my Beach Boys demeanor with a kind of Travolta - Saturday Night Fever fashion statement.)

I went to his office and he described a temporary restraining order that had to be obtained involving bank loans to a foreign country. I took notes like any summer associate would -writing everything down as fast as possible and trying not to pass out from fear - not understanding much of what was about to be litigated. He had about ten books open on his desk and credenza.  Over the course of the next two hours I just sat and watched and listened while he dictated extemporaneously to secretaries shuttling in and out of the office about 30 pages of briefs, orders, and affidavits. I was beyond stupefied. I was incomprehensibly impressed and amazed. As he dictated the last two pages of the brief he walked to the corner of his office, loaded his briefcase and put on his jacket.  The only words he said to me were “Frank, I've got to catch the 7 p.m. train. Would you mind staying and cleaning these up - we need to get them filed tomorrow morning.”

No search and replace, Lexis, or laser printer. Just one 2L summer associate, a corned beef sandwich from the Stage Deli, and three overtime secretaries working on IBM Selectrics.  At 7:30 p.m. the drafts started rolling out.  I wasn't sure what to do. They were flawless - perfect reasoning, brisk prose, well-ordered arguments, and not even a typo.  So I thought to myself, “What the heck am I supposed to do?” The actual language may have been somewhat stronger. So I stayed looking for something to change or correct and compiled the table of authorities, and then I waited for the dawn delivery of paper advance sheets (before Lexis one actually did that).

I went home around 7 a.m., convinced I'd be fired for having accomplished nothing. More than that I was awestruck by watching a true genius who could just dash off page after page of perfect prose without a rough draft. That night I went home inconsolable. How could I ever do that? In my lifetime? In any lifetime? The hill seemed steeper than Everest and even more foreboding.  Later that morning he went to court, got his TRO, and, with great sincerity, stopped by my office, thanked me for helping out, and invited me to go to lunch where he spent most of the time asking me about my life growing up in California and my plans for practice in New York.  And so started my upward climb.

Fast forward 18 years to a federal court house in October 1994. I’d left private practice but had a chance to watch one of America’s best trial lawyers deliver a closing argument in a $100 million case in which the plaintiff alleged that the defendant defense contractor had agreed to pay him under the table commissions for the sale of F-16 fighters to a foreign government.  The jury case had lasted eight weeks with dozens of witnesses and had layers of theories about people, money, conspiracies, and consequences.

The closing argument was the most impressive courtroom performance I’ve ever seen. The partner in charge, Linda Listrom, delivered her argument like an artist and a neurosurgeon - weaving the threads of the themes and stories together and making a very complex and controversial case simple and appealing.  Using visual aids, charts, video clips, recorded testimony and all the tricks of the trade she made perfection look like a performance of the Chicago Symphony Orchestra. No evidence of nerves, perfect prose, great pace, incredible presence, and a friendly demeanor that related well to each member of the jury.

Born and raised in Topeka, Kansas this Harvard Law School graduate had a tremendous rapport with that Missouri jury.  Over the three hours of the argument you could see the jury pay attention, nod in agreement, chuckle occasionally, and inexorably get on her side of the courtroom.  When she finished and walked back to her counsel table - you could tell that her very capable opponent knew that he had been defeated.

She was up there with the John Hoffmans of the world, on top of the profession’s Mt. Everest.  And like John Hoffman, she helped show the way to younger generations.  In 33 years in practice, she tried dozens of cases, ran her firm’s hiring program, sat on her firm’s operations and policy committees, led a team of trial lawyers, and ran her firm’s largest client relationship.  At 47 she was elected to the American College for Trial Lawyers and appeared for years on most of the lists of “best lawyers” in America.  Along the way she raised two wonderful kids.  How do I know this?  She’s the mother of our children.

Now she’s Executive Director of the National Organization For Urban Debate Leagues  which runs debating programs for minority youth in inner city high schools in major cities around the country.  She remembers well being at the bottom of the mountain starting her career and also remembers how much high school and college debating helped open doors for her professionally and personally.  For her and a vast majority of the best and the brightest in the profession - the climb up Mt. Everest is a challenge.  But helping others make the same journey is even more rewarding.

I have the privilege of speaking to or meeting with hundreds of law students every year from leading schools from Hawaii to Harvard, from Michigan to Duke, from Loyola Chicago to UCLA, and another 10 in between — over 11,000 in 33 years.  What I see when I meet the emerging leaders of what I will call Generation Next is a remarkable level of skill, talent, insight and ambition that exceeds by a considerable margin what I saw in the 1970's.  Your generation is impatient in a positive way, won’t give up or accept “no” for an answer where earlier generations might have seen an obstacle, and is willing to give a voice to concerns that my generation was reluctant to discuss.

But at the bottom of your Mt. Everest I know you have more than your fair share of fears, concerns, insecurities and anxieties, especially as you begin your career at the end of the greatest economic slowdown in the past 50 years.  I know your generation will climb its mountain and I’m confident that you will show the generations who follow how to do the same.   And none of you will wear a cheesy three piece baby blue pinstripe suit.  I once met someone who climbed Mt. Everest.  I ask him how he did it and he replied nonchalantly “one step at a time.”  When I think of a single step - it’s decisive, strong and quick — like Denard Robinson’s first step into the clear on his 87 yard touchdown run against Notre Dame this September.