By Amber Mason • February 17, 2016•Ms. JD,  Features,  Guest Bloggers and Profiles of Women in the Law,  First Women,  Superwomen JDs and What You Can Learn From Them 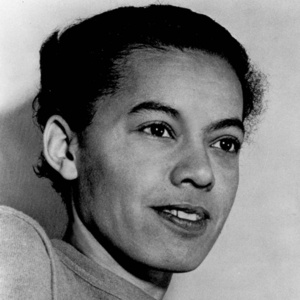 I attend the Howard University School of Law; home to famous and influential graduates such as Thurgood Marshall, Charlotte E. Ray, L. Douglas Wilder, and my ‘she-ro’, Dr. Pauli Murray.

As you walk down the halls of Howard Law, you will undoubtedly stumble across not only Dr. Murray’s picture hanging from the walls, but a beautiful conference room, dedicated to the trailblazer.  Interestingly, and almost assuredly unintentionally, this beautiful room reflects Dr. Murray’s character, spirit, and appearance.  The room is both elegant and feminine, but with definite touches of a more masculine decorative style.  It is comforting and inviting, but at the same time, once you enter, you know that you are in a different and distinct space.

For those of you unfamiliar with the formidable powerhouse, Dr. Pauli Murray was one of the first lawyers to argue that the Equal Protection Clause’s approach to racial discrimination should apply to gender-based discrimination.  Further, several of the most profound moments of her life included:

With all of these accolades and honors, and the extent of her participation in the fight for gender and racial equality, if you were to stop a random law student on the street, I can guarantee you that they would know nothing of the life, struggles, and legacy of this amazing woman.  In fact, there are very few who dare even mention the fact that Dr. Murray was a black, feminist, lesbian who self-identified as masculine-of-center during her lifetime.

Even more disconcerting, few Black lawyers or civil rights activists mention Dr. Murray.  This is most likely because, according to journalist Brittany Cooper, "[t]he civil rights struggle demanded respectable performances of black manhood and womanhood, particularly from its heroes and heroines, and respectability meant being educated, heterosexual, married and Christian. Murray's open lesbian relationships and her gender nonconforming identity disrupted the dictates of respectability, making it easier to erase her five decades of important intellectual and political contributions from our broader narrative of civil rights." Reading that excerpt not only made me feel disheartened, but angered. How easily it has been to erase a key figure in the legal and activist communities; one who made her mark and earned her place in history…simply because she refused to conform to gender roles and insisted on living her truth.

Hopefully, this blog will reach a handful of people who will pass along the story of this Black, Queer, Feminist Queen. At the very least, this is my small contribution to ensuring her legacy endures.