The Rise of the Interns 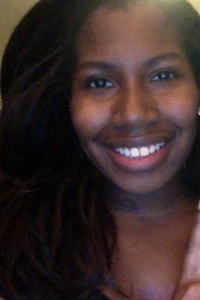 In the last few months, interns from across the entertainment industry have banded together taking a stand against the companies that employed them. The intern revolution started with a lawsuit against Fox Entertainment Group and has continued with companies such as MSNBC, Conde Nast, Gawker, Warner Music, and many others. Ever since a set of interns who worked on the Black Swan filed suit and won their case against Fox Searchlight, the phones of Hollywood attorneys have been ringing non-stop. Every intern working the entertainment circuit seems to be chomping at the bit to have their day in court.

As a law student and a long time intern, I feel a little out of the loop that no one told me us interns were starting our own union. Even though in entertainment my job entails a little more legal and a little less grunt work, I feel like this just about every day. 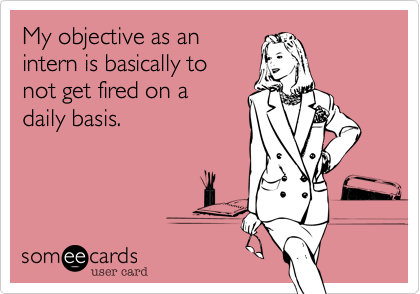 Entertainment is incredibly hard. Whether you’re looking at becoming an actor, an agent, or an entertainment lawyer, it comes down to who you know and how you use those connections to your benefit. As someone with many friends and family members in the entertainment field, I have learned that you have to do whatever you can within your legal and moral boundaries to throw your foot in the door before it shuts in your face.

Ever since the rise of the interns, entertainment companies have been contacting their attorneys left and right, trying to find out if hiring the local undergraduate to read scripts and pour coffee for college credit could result in a five million dollar lawsuit. This begs the question, are entertainment interns still worth the risk?

I think it is entirely wrong to find someone to do work for free in an effort to avoid paying for another employee. If the work is complicated enough, a student without a degree or the requisite experience should not be doing the work in the first place. However, entertainment is about knowing people and having experience. You can’t get experience without working in the field. You can’t get a job in the field without experience, or knowing someone. Unless you know someone already, you can’t make contacts without getting your foot in the door. So the question becomes how does a student with minimal experience and no contacts in the field get their foot in the entertainment door?

Do you see where I am going with this?

They do an internship. They place themselves on that coveted bottom rung of the ladder with the hopes that they will deliver mail, bring a cup of coffee, or copy a document for someone important. They push their script, headshot, or personality on just about anyone within a 10-mile radius of that studio, and they keep doing it until someone takes notice of them.

While interns should not be taken advantage of, one of the repercussions of these lawsuits is that companies are starting to become terrified to hire interns. CEOs, producers, and general counsel don’t seem interested in taking a risk on the plucky young adult who came to the big city with nothing but a headshot and a dream. These lawsuits are not causing companies to reconsider their budgets to include more paid internships. Instead, less internships are being offered, and those that are offered are going to people who the companies feel like they can trust. In other words, people who have connections. This creates fewer opportunities for those who are trying to break into the business.

But, is that the point of companies taking these measures?

Many of the complaints being filed by interns certainly have merit. With the amount of money a studio will throw at an actor or a musical artist, it does seem unreasonable that they cannot spring for $7.25 an hour for the undergrad or law student furiously retyping documents with the hopes that their script or resume will get a glance.

I have found that while getting paid would be fantastic, the most important thing is learning about the field and finding that person who will extend their hand to help me up along my legal career. That way on my next interview when I’m asked what do I know about contracts I can say more than “contracts require an offer and acceptance.”

So, I have to ask, who are these lawsuits helping and who are they hurting? In the long run is it the interns or the companies that will be coming out on top? And, if the goal of these lawsuits is to change how the entertainment industry is run, is there another legal way we could use that could create better results? Should we be looking to the legislature for a change in employment practices, or are we making better progress by analyzing this issue on a case-by-case basis?