Running from the Law: Getting Started 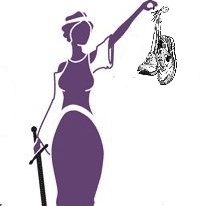 So school has either let out or is letting out for you.  By now, you have probably decided, especially if you are a 1L, that this summer, you will return to your regularly scheduled healthy habits that went on hiatus during your first year.  You have pledged to give up coffee, eat vegetables, and return to the gym.  Some of you have no doubt pledged to start running. And despite the fact that I believe that no one should attempt to start a running habit during the summer, I'm going to give you some advice on how to get started.

First of all, decide whether you are a treadmill runner or an outside runner.  If you think running is boring, get outside.  It's far more boring inside than it is outside.  Since I'm from DC and summer here is swamp weather, you should run early in the morning.  Or later in the evening, but I recommend early - late afternoon thunderstorms often put a damper on evening runs.  So does having fun and going out with those friends you ignored during your first year and promised to call in June.  If you really hate the heat, or simply cannot function in it, and if you like to have those creature comforts - a water bottle, a bathroom nearby, etc., you should probably stay in the gym, at least for now.  If you are going to run in the gym, any time of the day is fine, so figure out what works with your summer job.

Secondly, decide what your goal is.  Are you just trying to get in shape?  Do you really want to run a long-distance race, like a half marathon or a full marathon?  Does your office sponsor a 5k that you don't want to embarrass yourself at?  Is your goal just to be able to run more than a mile, or to run a really fast mile?  If you just want to start running, I recommend picking a distance as a goal.

Thirdly, assess your physical fitness.  Can you currently work out for a half-an-hour without feeling like you want to die?  Do you lift weights or do you do cardio exercise?  What kind of impact or weight-bearing exercise do you currently do?  Have you taken your entire first year off from exercising?  How old are you? Do you have any known health problems that might affect your running?

Once you have done these three things, you should start running.  There is a lot of dispute for how to start running.  Many people favor the Couch 2 5k run-walk intervals.  I found that a run-walk interval made me feel extremely bored and once I stopped running and started walking, I didn't want to start running again.  If, when you assessed your physical fitness, you realized you haven't worked out in a long time, you should probably start by trying the run-walk program.  If you don't want to do run-walk intervals, you should just start running.  Literally, I mean, put on some sneakers, go outside, and start running.  This is where your fitness assessment comes into play - if you are already in decent shape (can do a half an hour or 45 minutes of cardio), try to do two miles without stopping.  It sounds daunting, but you should be able to do it.  The reason I'm telling you to run two miles is because I find the first mile is really boring.  For years, I ran for a mile when I went running, then stopped.  But I don't hit my stride until I'm more than a mile into a run - and that is true for many other people I know.  So when you first start running, aim for running two miles.

Once you have started running, there are several problems that people run into that keeps them from continuing.  The biggest one is "running is boring", which I also used to feel.  This can be solved with a really good running playlist, or by finding a running buddy or joining a running group.  When you look for a running buddy, it is important to know your pace and seek out somebody who runs the same pace.  If you join a running group, there will probably be somebody who works at your pace as well.  Look for interesting places to go running - maybe a local reservoir or state park.  Consider trail running (running on hiking trails), if you like nature and think running on the street or treadmill is boring.

Another problem is one of motivation.  The best way to solve this problem is to revisit Step 2 and make sure that you are aware of your goal.  Keep pushing yourself to come up with different goals to keep yourself motivated - once you can run for 3 miles, try running faster or running more during the week.  If you sign up for a race, it will keep you motivated, particularly if you sign up for a race far enough in the future that it will take at least 3 months to train for.

The other problems people typically run into are health problems.  If you have knee, joint, or hip problems when you first start running, most people will tell you that it is your shoes.  There is a chance that it is, but it could also be a number of other things.  Start by getting new shoes, but be very aware of your body as you run.  As you step up your mileage, you will notice things like your left knee starting to hurt around mile 5.  These can be corrected by working on your running style and stride, or by wearing a brace, or by seeing a doctor.  Additionally, never underestimate the power of icing whatever hurts, and slowly building up your mileage.  Don't run two miles next weekend and then try to run six after that.  Don't increase your mileage by more than a mile a week.  (Don't know how to track how far you've run?  Gmap-Pedometer will tell you.)