Rusty Links: Four Strategies for Fixing the Chain of Command and Sexual Assault in the Military 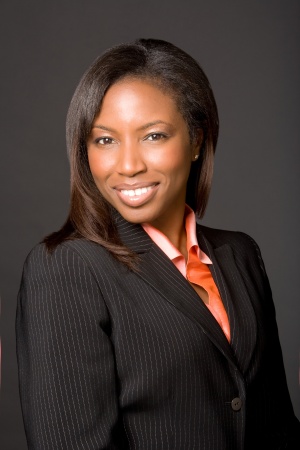 In mediation, attorneys have a saying, “If neither party is pleased afterward—because neither party got everything it wanted and had to compromise—it meant that the mediation went well.” Sadly, the decisions in two military sexual assault cases last week, left everyone dissatisfied and I doubt that anyone would say that the proceedings went well.

The trial of Brig. Gen. Jeffery Sinclair, who admitted to adultery and was accused of sexual misconduct with a female subordinate, ended with him pleading to a lesser charge. Then two hours later, in a separate case, Joshua Tate, a former Naval Academy football player, was acquitted of sexually assaulting a female classmate at the Academy.  Advocates for the accused believe that the system is broken because commanders, who are sometimes sexual perpetrators themselves, have the authority to decide whether to prosecute sexual harassment and assault cases. And, the attorneys and advocates of the accused believe that political pressure from Congress force the commanders to prosecute shaky cases. While advocates for the accused and the accusers have different opinions about why the military’s justice system is broken, they are arguing different sides of the same coin: the commanders are the root cause of how sexual assault cases are mishandled.

While Sen. Gillibrand and Sen. McCaskill have dueling ideas about the extent to which commanders should be involved in handling sexual assault cases, the reality is that military commanders will always, most likely, play a part in how military justice is administered.  Rather than focusing on whether commanders are involved, here are four strategies to help prevent sexual abuse in the military:

Creating a Sexual Complaint Office: This office would handle all of the military’s sexual assault and harassment complaints, investigations, charges, and cases. Victims could report sexual misconduct to this office if they fear retaliation from their commander. This office would also provide services to support the commanders, which gets to the second solution.

Coaching: Very few military commanders are experts on handling sexual assault complaints, however we expect them to become one when an accused comes forward. Professional coaching would give commanders legal and practical skills and advice for properly handling complaints. Commanders and other leaders within the military should have access to an expert, via the sexual complaint and investigation office, who could provide advice and be a sounding board for resolving and managing issues of sexual misconduct.

Training Taken Seriously: Members of the civilian and military world have had their share of poorly conducted sexual harassment training. It is the 21st century. Training today can be innovative, using simulated real world exercises and scenarios that challenge and equip trainees with the skills for handling sexual misconduct in the workplace. And, rather than hosting a training that is a once-a-year-pain-in-the-neck-to-complete snore, elements of sexual misconduct training should be embedded within the substantive military course training.  For instance, the military’s leadership curriculum can easily incorporate aspects of sexual harassment prevention. Stemming sexual misconduct is what every good leader should do.

Give the Data a Name: I am a huge believer that that which gets measured gets done. While it has been widely reported that in 2002 there were 26,000 sexual assaults in the military, who were the commanders responsible for these cases? Each year, Congress provides the Pentagon with an annual report about sexual assault.  If this data were aggregated by commander, this may create a different sense of urgency for commanders. After all, no commander wants to be the weakest link.