Scary Numbers on Women in Academia 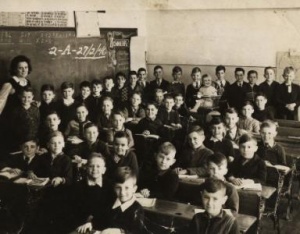 As a person interested in possibly pursuing a career in academia, these numbers are troubling. There are already fewer tenure spots opening up-instead aspiring professors are being shuffled into part-time and non-tenured positions. And now it seems that women are experiencing this shuffle more accutely than men.

Over the holiday weekend, a family member related his shock upon seeing gender stereotyped job descriptions while he was in England-classifies ads recommending "menial" or "monotonous" work as being more suitable to female applicants, etc. Though no American hiring policy would ever be so explicit, it appears that the same stratification of labor is in place in many academic institutions here as well. Women are filling labor intensive posts in law schools as writing professors and clinical instructors, without the eventual rewards of security and prestige that tenure promises.

It's a scary alternative to the view I've been harboring about my own career, which included entering a field few other liberal women occupied so that I would have an easier time standing out among other candidates in the field as an unual candidate. I think this data confirms some negative truths about academic leagl hiring: as a women approaching a competitive job market my gender is a blessing only if I exploit it to my advantage by distinguishing myself not just with my work but with my gender.