From the Seat of Power: Mary Beth Richards 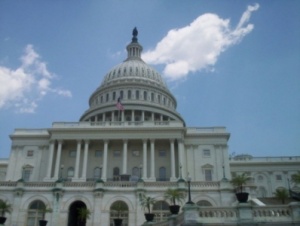 Mary Beth Richards is a 1982 graduate of the Catholic University of America’s Columbus School of Law. She currently serves as the Deputy Executive Director of the Federal Trade Commission (FTC). Prior to this post, Richards served with five different chairmen at the Federal Communications Commission (FCC) since 1984. She acted as the Deputy Chief of the Common Carrier Bureau and the Deputy Managing Director, among other appointments. Richards is best known for helping to modernize the agency, and improving its efficiency. In May 2011, Richards was presented with the Federal Communications Bar Association’s Award for Outstanding Government Service, for her work as a mentor and her commitment to consumer protection.

How did you decide on a public service career?  I worked for a law firm right out of law school, and then really from the beginning wanted to work for the government. In August, I will celebrate my 28th anniversary with the government. I have worked in three agencies, and loved all of them.

Was there anything that you did during law school which led you to that first job?  I went to the Catholic University of America’s Columbus School of Law. I attended before their Communications Law Institute was established, but I took many communications law courses. I knew that I really wanted to work at the FCC, so I prepared for that.

How did you get your first government job? To get that first job, as is so often the case, I heard about an opening and stopped by to drop off a resume. I had an on-the-spot interview at the Patent and Trademark Office, and was asked if I wanted the position. So, it was about timing.  At that point, I had also applied for a position at the FCC, but they were in the middle of a hiring freeze. So I took the position with the Patent & Trademark Office, and then when the hiring freeze was lifted a few months later, I moved over to the FCC.

Do you feel that your government career has afforded you work-life balance?  The government has established ways that allow for work-life balance and family life through compressed work schedules, telework and part time jobs. I have always worked longer hours than perhaps many people might believe a bureaucrat works.  It is not unusual to work ten hour days from the beginning of your career, and weekends at some point. However, I was able to move to a part time position as a member of the senior executive service. I had a supervisor at the time who believed that the government should afford that flexibility. For about three years, I moved to a four day instead of a five day week while my son was very young. Since it’s an established program, there is no stigma attached to it. Also, the program is not just for women and new parents. The compressed work schedule is for anyone, which is also nice.

What advice would you have for law students looking to pursue a career in the federal government?  It’s a great career. It affords you the opportunity to have a lot of responsibility early on. You have a very clear mission, at least in the agencies where I have worked. At the FTC, we have a mission to protect consumers from unfair, deceptive trade practices. We take actions that help consumers, save them money, and protect them. In the end, you do feel really good about the work you are doing.