Sentencing and Life After 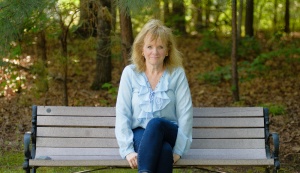 Since this is my last Ms. JD post, I want to share with you the way that my 6.5-year federal criminal case concluded.

I had been convicted of a crime I didn't commit. I heard the prosecutor call my case "contentious". I knew I was completely biased, but how odd for a prosecutor that needs to prove my guilt beyond a reasonable doubt to refer to my case as contentious.  It doesn't compute which was like most of the case.

Now, I was sitting in the Courtroom waiting to be sentenced. My co-defendant was with me. Our families filled the Courtroom and overflowed into the lobby.  We were found guilty of the same charges and everyone presumed we would have the same sentence. We were going to get sentenced by a Judge that oversaw the entire trial, 15 months later acquitted us and watched his "bosses", three Circuit Court judges, overturn his extremely unusual acquittal.

My 16-year-old daughter was in the Courtroom. I don't think she had ever been in one before and that had to be a bit daunting especially because she was there to watch her mother get sentenced.  I don't know how she found out that the sentencing was taking place and I would never have wanted her there. Even in the best of circumstances, what mother wants her child to witness her getting punished. She later told me that she had never felt more love than being in that Courtroom.

I felt bad for the Judge.  He had done an extraordinary thing - he had acquitted me.  The Judge stood up for justice in a way that rarely happens by acquitting me. It didn't have enough "stick" and now the same judge that acquitted me would sentence me.  Just bizarre. Take away the fact that he has tremendous authority for a minute. The Judge said in my acquittal brief that said there was a paucity of evidence against me and still....the same Judge has to treat you as guilty and sentence you.  The morals, ethics, and common sense were nowhere to be found.  The world made no sense and still, I must behave.

As the sentencing began, at times it felt like we were retrying the case at times.  I knew that was not really going to bear any fruit and yet it was done to invoke sentiments that climaxed with the original guilty jury verdict. My co-defendant's attorney was extremely skilled in sentencing and some of the very intricate sentencing groundwork and strategies must be specifically presented to protect potential future action. It was a tension my co-defendant's attorney seemed incredibly comfortable with.  Fortunately for me, it spilled over for my benefit as well. "Ditto" is in a sense what my attorney said many times during the sentencing hearing.

I recall my co-defendant's attorney at one point saying that if in fact there was any sort of an agreement, none was proven and certainly not the one that we were charged with. Interestingly, the prosecutors didn't argue that position which to me, spoke volumes. There was never an agreement by two or more people to commit a crime, yet here I sat. It was as if I was so far into the system that there was no rescuing me. This realization felt like a hush over the Courtroom. Some kind of closure was imminent.

There was a point in the sentencing hearing when the Judge asked me if he could ask a question. I was stunned.  I can only imagine the look on my face. Anything, ask me anything, please.  The Judge basically asked about Stan, the man that the Government had been after for years, and did I see who he was and/or know what he was up to. I looked at the Judge intensely and responded that well after I left the company, I understood the deception that had taken place and that Stan was chiefly implicated. I didn't work with Stan much directly and we didn't socialize, so I think Stan showed me the person he wanted me to see. The Judge shook his head with understanding.  Stan was known to him in his Courtroom for being a pathological liar, so my comments likely paled in comparison to what he already knew.

I was given an opportunity to speak to the Court, my allocution.  I wrote it a week prior to the sentencing while sitting on the living room floor and waiting for the kid's spaghetti dinner to finish cooking.  It flowed onto the page like water.  Years of not being able to speak freely were now behind me and this was my chance to say whatever I wanted to. My attorney read my allocution and said that I shouldn't say, "I wouldn't change a thing". It sounded cocky and I agreed, even though I felt it.  It was never my position or intention to in any way disrespect the Court.

In a reasonably strong, but at times quivering voice I spoke my truth one more time. Here is an excerpt from my allocution:

"I want to thank the Court for the time and attention they have put towards this case.  Going forward, I pray that the prosecutors have wisdom and discernment in their decisions.  Their decisions have far-reaching effects on countless people. I will continue to volunteer in the justice system to do what I can to increase the probability that justice will take place.  There is no perfect justice, but it is in everyone's best interest to seek justice.  With the stakes so high, to not do our best or fail to respond diminishes part of our own humanity. I have been transformed through this case - how could I not be.  As I said in the beginning, I have felt every minute of this case.  I have always had a good set of values.  Now, I am more humble and have an even greater appreciation for what is truly important."

The part where I say that I will continue to volunteer in the justice system to do what I can to increase the probability that justice will take place...is still as strong as ever. I have learned what an unusual case I had, but I have learned how tragic so many others have experienced our criminal justice system.

I knew that I could never figure out to "fix" the system, but I would do my best to create a business that would engage like-minded people, and together we could create real change that collectively would serve justice.

I hope that through the blogs I have written that you have had a glimpse into what it is like to sit in a defendant's chair on the other side of a Federal prosecutor. Thank you for reading.