She Leads: A Conversation on Women in Law, Government, and Leadership with Counsel to the President, Kathy Ruemmler 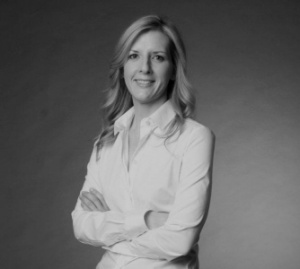 On September 24, 2013, Ms. JD and Latham & Watkins hosted "She Leads: A Conversation on Women in Law, Leadership, and Government" with Counsel to the President Kathy Ruemmler. Speaking to a packed room of men and women at various stages of their legal careers, Ruemmler answered questions about law, leadership, government and how to be successful in all of those fields. Among the topics Ruemmler discussed was the importance of mentors in her career, noting that the job of helping others needn’t be limited to those already in senior roles. “When you have the opportunity to help others achieve their goals, you should do that,” she said. “Think about peers, colleagues, legal assistants – these are relationships that will be with you your entire career. It’s not too early to think about how you mentor each other.”

Katie Larkin-Wong, an associate at Latham who also serves as President of Ms. JD, said, “Kathy Ruemmler has had quite the career. From being the only woman (aside from jurors) in the Enron courtroom to a partnership at Latham & Watkins to advising President Obama, Kathy has done everything by being true to herself and her own leadership style. We truly appreciate the time she took to share what she’s learned with us.”

Ms. JD's National Programming Series brings one luminary each quarter to inspire its community. According to Ms. JD, Ruemmler was a perfect fit. When naming her as Counsel to the President, President Obama described Ruemmler as "an outstanding lawyer with impeccable judgment.” Before becoming Counsel to the President, Ruemmler served as Principal Deputy Counsel to the President. Ruemmler joined the Obama Administration in January of 2009 as the Principal Associate Deputy Attorney General at the United States Department of Justice. She was a litigation partner in the Washington, D.C. office of Latham & Watkins from 2007 to 2009. Prior to Latham, Ruemmler served as a federal prosecutor for six years, where she was a co-lead prosecutor in the successful prosecution of the former CEOs of Enron. Ruemmler received the Attorney General’s Award for Exceptional Service for her work on the Enron investigation.