Should you let him call you sweetheart?

By lawblogger • July 19, 2011•Sexism, Sexual Harassment, and Other Forms of Discrimination 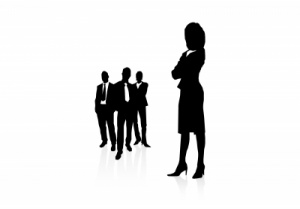 I've recently been ruminating on the things that help men and women get ahead in law and whether they will ever truly be gender-neutral.  I had a guy friend who became a confidant of a powerful partner because he reminded that partner of his son (presumably a woman would have been less likely to remind him of his son, but if she reminded him of his daughter and got the same preferential treatment, would that be okay?).  I had a similar experience where a supervisor commented that I reminded of his granddaughter... and then he would sometimes call me sweetheart.  When I told my male friend that it bothered me and sought advice about what to do, he likened it to his own relationship with the partner at his firm, who would sometimes call him "son".  To me, being called son is different than being called sweetheart, but since I can't imagine someone affectionately referring to me as "daughter", I've come to the conclusion that "sweetheart" might actually be the female equivalent to the affectionate "son" used by the partner toward my friend.  We could go a level deeper to the things that might cause the partner to say "son" vs. "sweetheart" (likely one brings to mind qualities that would lead to promotion and the other brings to mind qualities that would lead to an arranged marriage).  On a practical level, though, I don't know how to get him to stop calling me sweetheart or if the confrontation would even be worth it.  Is it better to be sweetheart than "that girl over there"?

I really don’t think that “sweetheart” is okay and I think you need to find the best time to say something—perhaps make it a light moment or even figure out some way to use comedy to lessen the tension.  However, if light and funny doesn’t work, you should find a way to say something in a way that makes it stop.  Would you want others to hear him call you that?  What about your clients or your co-workers?  What about other supervisors?  What about your subordinates?  What about opposing counsel?  Seriously, this is not something that you can let slide.
Also—your guy friend doesn’t know what he’s talking about.  You can’t liken this to “son” (which is also inappropriate, albeit less so).  If you don’t want to take my word for it, check in with a female mentor or other woman that you trust.

I think as a practical matter, it’s less about whether it’s fair or equal to “son” and more about what you are comfortable with.  It’s a fact of life that people develop different types of relationships in the workplace, and the context of that relationship changes the meaning of what’s said.  In this situation, it definitely sounds like occasionally being called sweetheart is the equivalent of being called son, though neither are really appropriate - especially if it’s all the time or in front of clients/other attorneys.
As a general rule, I would rather remind people of their daughters or granddaughters than have them see me as a sex object, especially since it might remind them that women deserve to be treated with respect - after all, that’s what they want for their daughters, right?  Too often it’s a choice between one or the other instead of just being seen as a person, but for as long as it’s that way, I’ll stick with the daughter role.
At any rate, I personally would let it slide, especially with such a generation gap, because I don’t think it would be worth the battle.  It’s not just the nickname, it’s the context and meaning.  On a practical level, I’d rather be the favorite than the outcast, if being just like everyone else isn’t an option.  All of that being said, what matters most of all is what you are comfortable with, and what your instincts are telling you to do.  If they say pick the battle, you’ll be fine, then go for it - but if they say protect yourself and leave it alone, try to make peace with that and let it go.

I just don’t get why we are assuming that calling her “sweetheart” is equivalent to calling somebody “son”. Are we taking her guy friend’s word for it?  Seems like you and her are trying to justify not correcting this situation but dismissing it as charming and fatherly rather than sexist and potentially-sexual.  If I was in a meeting with her and him and heard him call her “sweetheart” I would have to assume that (1) he is a pig and she’s a pushover or (2) they are having sex.  Just sayin’.

I can never think of the right way to keep it light but still say something.  I don’t think he means anything by it but do think he is a little sexist and that it does not reflect well on me to be sort of minimized (my friend calls her toddler “sweetheart”).

Depends on the context.  I’m more of a tell it straight kinda girl but I think it is important to find the right moment where the mood is a little light (not right before you walk into a key deposition) and also where there aren’t any of his colleagues around.  You don’t want to seem like you’re putting on a show for others or that you’re trying to embarass him.
I’ll think of this a little more but here are my initial thoughts:
You might say “Sweatheart? Huh?  Not sure I can answer to that since it reminds my of what the groomer calls my puppy?”
“You know, most people don’t consider me all that sweet”
“I’ve got a lot of strengths but being sweet isn’t one of them”
If he says it right before asking you to do something for him you might say  “only if you don’t call me sweet anymore” (in a tone and inflection that indicates that you’re making light of it and aren’t actually conditioning doing your job on anything).
If he’s really doing it out of (bad) habit, you making any reference to it may be all it takes for him to stop.  If he’s doing it because he doesn’t think very much of you professionally, you have a problem and will have to tell it to him straight before he changes.  If he never changes, you need to get your resume in shape and find a place where you can get some respect.
Also, every chance you get you should remind him of your name since it might be a matter of him forgetting it.  For example, if you go to his office and he’s looking away from the door at his computer, you might knock on the door jam and say, “It’s Peg, do you have a second” instead of just “do you have a second”.  If you send him emails, always type your name at the end even if you usually rely on a form signature block.  Watch for people that refer to you as “the girl from the third floor” around him and see if there are ways to get them to use your name.

I definitely thinks it depends on the context and the size of the generation gap.  If a 45 year old attorney would call me “sweetheart”, I too would retort “I’m not sweet, and please refer to me as Counselor from now on.” However, if is an older attorney, I probably wouldn’t think much of it, so long as it was not in front of my client or the court.