Should You Specialize in Mass Tort Law?

By Anonymous • February 05, 2019•Careers,  Firms and the Private Sector 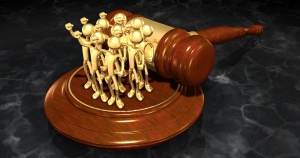 Mass tort law is booming, and a lot of attorneys are starting to add mass tort claims into their personal injury firms. Mass tort can impact 2 – 4 million people annually, and these impacts can be serious or fatal.

The rise in mass tort comes at a time when there are product liability cases against medical device and pharmaceutical companies.

The attractive aspect of mass tort is that it’s still in an immature phase. Clients can be found once, and when the case is large enough, it will result in possibly hundreds or thousands joining a claim. The settlements can be massive, and the market allows for large settlements with a low barrier of entry.

Lawyers who want to specialize in mass tort will be entering a budding practice that is still in the development stages. One thing to consider is that there’s a lot of ongoing and upfront costs that the law firm will have to absorb.

When starting your own practice, it may be unrealistic to be able to litigate at this scale.

Lawyers will be required to front these fees, and when not working for a large firm, this can cause a financial hardship that greatly jeopardizes your case. There are some cases wherein a contractual agreement is made that doesn’t require the attorney to front the fees during pendency.

But that’s often not the case, and there will need to be a lot of resources in the form of: junior associates, legal assistants and paralegals.

One way to break into the field, and it may be a good option if you’re a budding lawyer, is to try and partner with a major law firm. You'll refer the case in what’s called a co-counsel agreement, and this allows for the large firm to prosecute the case while receiving a percentage of the recovery.

Co-counsel consortiums can also be formed, and it’s these consortiums which are the most beneficial.

As a consortium, you’ll be able to partner with two firms, and both are equally responsible for the case. As the originator, you’re entitled to a larger portion of the settlement, and the client has a large team that is willing to fight on their behalf.

Mass tort law is an intense form of law, and while the settlements can be massive, there’s also a lot to consider.

You'll be tied up in long litigation battles, and if the case is won, you can be sure that an appeal will drag it out longer. The potential for a large settlement is much higher, but there can be years of work put into the case.

If you’re the type of person that needs gratification from winning a case quickly, mass tort is not going to be a good fit for you. You'll be dealing with massive law teams for some of the world’s largest medical device manufacturers and pharmacies.

There's also the consideration of your firm. If you’re a small firm, entering into mass tort may not be possible due to the size of the firm and financial constraints that exist.