By sintecho • September 14, 2007•Sexism, Sexual Harassment, and Other Forms of Discrimination 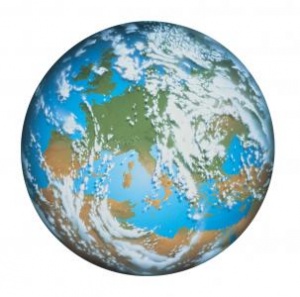 When I think about advancing the role of women in the legal profession, the women I know here in the U.S. are those that come first to mind. Sometimes I extend my attention far north into Canada. Rarely, though, do I take the time to think about how powerful a voice we--women attorneys who still have a tough professional road to hoe but at least have the undisputed right to a place on the road--might have in furthering the cause of our less fortunate sisters abroad. This article on the efforts of five women lobbying for the right to practice law in Saudi Arabia caught my eye. After a six-week course that evidently taught them everything an aspiring Saudi attorney needs to know except for "field trips to jails and courts," these five women in their early twenties embarked on a campaign to present the "social, religious, economical, and educational reasons that would allow them to practice law."

Though understandably distracted by the allure of only six weeks worth of student loans, I read on with a growing sense of deja vu of what I might have read if I had picked up a U.S. newspaper one hundred years ago. The argued benefits to women lawyers joining the legal fray in Saudi Arabia? If there were women lawyers who could "help and advise" other women, then "the level of awareness of issues among women would increase and their problems would decrease." The need for special "womanly" qualities in the profession was also argued by pioneer U.S. female attorneys, many of whom started their careers as early versions of public defenders and did much to bring attention to issues like domestic violence and to advance women's legal rights.

The Saudi women also allude to the potential power of international pressure on this issue, describing the "ticklish issue" that Saudi Arabia could face now that it has membership in the World Trade Organization: "If we [women] are not allowed yet to practice law here, what would happen if a foreign company had a problem and their lawyer was a woman?" Despite these arguments, female Saudi lawyers-to-be face an uphill battle. Their opponents claim that the sexes shouldn't mix and that it would be difficult for women to be in court, despite no Qur'anic prohibition that women not be lawyers. Meanwhile, the Ministry of Justice in Saudi Arabia seems poised only to offer the women status as "legal consultants."

The connection between women's suffrage and the emergence of women lawyers in the U.S. has been well-documented, particularly by Barbara Babcock. We often talk about promoting the rights of women abroad, but perhaps we don't spend enough time thinking about the unique role we as women lawyers could play in furthering that goal by helping politically disadvantaged women in other countries win the right to practice their chosen profession. When you can take the law in your hands and are viewed competent enough to wield it as a tool of justice for your fellow citizens, you earn respect. With respect comes increased rights and with increased rights comes equality (or a move toward it, at least). Perhaps we should put our legal educations to good use and advocate for a broader network of sisters in law.