Skirting the Ceiling: Standing Up to Gender Stereotypes

By Sydney Reed • August 05, 2017•Writers in Residence,  Careers,  Other Career Issues,  Issues,  Sexism, Sexual Harassment, and Other Forms of Discrimination,  Other Issues 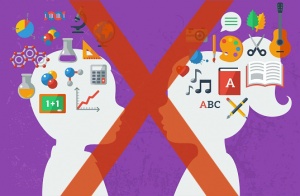 This summer we’ve talked a lot about standing up to sexism in the workplace. As summer winds down, I have one last story to share.

Not too long ago, I observed a trial in which the male defense attorney made the following remarks to the young victim on the stand, “Your least favorite subject is math, correct? I’ve always found that females, such as yourself, aren’t as good at math and are better at subjects like English. I know I was always better at math.” He then paused and waited for the victim’s response. Seated in the gallery, my jaw dropped in disbelief. I looked around the room to observe other people’s reactions. The prosecutors on the case, both women, remained calm and made no visible response. The attorneys in the gallery, however, both men and women alike, looked aghast. The jury seemed split—half had no noticeable reaction and the other half had deep frowns and expressions of surprise on their faces. The victim on the stand paused before answering, clearly puzzled, and then simply stated, “A lot of my friends are good at math.” She was too young recognize what the man had said as sexist, offensive, or how it could be accurate.

When court recessed for lunch, the other interns and I could not believe that he had said something so openly sexist in open court. The attorneys in our office explained that that comment alone could have lost that defense attorney the jury. When the young girl took the stand again later that day, the defense attorney himself later apologized to her in attempts to rehabilitate their rapport.

Walking out of the courthouse later that day, it struck me—what if a member of my team had walked out of that courtroom and said, “What? I don’t see what the big deal is.” What is the appropriate way to tackle gender stereotypes head on in the work place?

Here is some advice as to how to discuss gender stereotypes in the workplace in a polished and professional way:

As for that young girl on the stand, no one should tell her she’s not good at math—except maybe her math tutor. She may not have realized it, but she stood up for herself and young girls everywhere that day. I hope I can be as good of a role model as her, and I hope that this advice helps other women and men that choose to stand up to gender stereotypes in the workplace.

I think there is a tpyo error in the title of the post. ‘Steretypes’ should be ‘Stereotypes’.