Skirts vs. Slacks: I’m not rooting for slacks. I’m rooting for the issue to just go away.

By Anonymous • September 16, 2007•Sexism, Sexual Harassment, and Other Forms of Discrimination 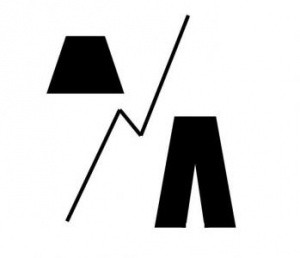 Skirt suits or pants suits--which are more professional? This was the topic of conversation around the dinner table of a group of female classmates one evening, where a surprising majority insisted that for women, a skirt suit was the most professional attire for a female lawyer. As self-proclaimed feminists, their reasoning was that women who don't wear skirt suits are uncomfortable with their femininity. And while I may not necessarily agree with their views, I do recognize the basic message the conversation was meant to encapsulate: that the very visibility of our gender unfailingly garners attention, regardless of whether we try to shroud it in androgyny or thrust it into the limelight.

There's almost an ironic feeling to being a woman in the law profession. Our obsession to be PC about gender seems to draw more awareness to it. The very fact that we still have to debate the skirt issue indicates how far we are from achieving that parity for which we hoped. Because, to be honest, I hadn't really felt uncomfortable about wearing slacks into interviews until I got a roomful of female faces aghast at my naiveté.

Perhaps we're trying too hard. After all, it's hard to differentiate what behavior we consciously enact and what subconsciously results from what we've simply come to expect. Sometimes it's hard traversing that thin line. I'm sure my father's old classmate--a partner at a prominent firm--meant well when he offered me little gems of advice such as: not very many men will be understanding if their wives won't be able to be home to take care of the children; and, you have to really think about what your goals are, if you're going to have a family, then you'll only work two years, which is a waste. I decided not to tell him that marriage wasn't really in any of my long-term plans; I doubted he could handle the shock. But to be fair, his advice stemmed from the norms and expectations that were commonplace to his generation, his culture. What he was telling me wasn't something that I hadn't already heard before, and no matter how poorly worded it might have been, it doesn't change the fact that for several others these are very real and pertinent considerations.

But what many tend to gloss over is that these problems are increasingly becoming universal. My male classmates are just as concerned about marriage and starting a family as many of my female classmates. It's becoming the norm to expect that fathers should and will actively take interest in their children's welfare, and more mothers continue to work after having children. Consequently, it's curious that women as a class we generally automatically insist on treating these issues like evidence of sexism. For example, when I was a certified law student in my school's clinical program, I attempted several communications with my client, only to find out that he was directing answers to my inquiries directly to my supervising attorney. Did he want to talk to my supervisor simply because my supervisor is a man or was it because I'm still a student? And further, was his decision motivated by authority or experience, and are those somehow defined by our respective genders? There were several plausible, and more likely, gender-neutral explanations for his behavior. But despite knowing those explanations existed on an intellectual level, I couldn't help but immediately think that he had discriminated against me on some level because I was a woman--or rather, a girl--and my fellow students seemed to support my conclusion. The only real way to tell might be to compare his reception to a male law student.

Perhaps the attitude we should be striving for should be one more akin to what we preach in approaching race: namely, that we acknowledge its existence but (ideally) don't assign it any particular weight. Even if realistically this can't be perfectly achieved, the important thing is to espouse the idea that gender won't have any significant or detrimental influence in how men and women practice the law, and to treat this as the new norm of thinking. After all, true parity is only going to come when men don't have any qualms about showing off their legs, or when the skirt issue is simply a non-issue.

One of my classmates insists that "wearing a skirt is just more professional than wearing pants." One day after our sex discrimination class (!) she told me that the choice to wear slacks, no matter how dressy, was necessarily more slovenly than wearing a skirt. Personally I haven't worn a skirt in years. And I date men. I agree with you that the ideal is for this to be a non-issue—men should be able to wear skirts into interviews if they want, for all I care—but I object to the description (not sure if it is yours or your classmates') of wearing pants as an attempt to "shroud [womanhood] in androgyny." Seriously? The sexiest, most feminine women I know wear pants. To characterize a preference for pants as a discomfort with femininity is 180 degrees backwards. Anybody who insists that a particular item of clothing is required to express her femininity sounds pretty damn insecure about her gender. If the "clothes make the woman," that's not the kind of woman (or the kind of feminist) I want to be.

We might get a little glimpse of 'true gender parity' when half or more of the country's law firm partners, law professors, deans, judges, legislators, prosecutors, police, and executives are women, and when the very nature of the law stops discriminating against the women and minorities who were unable to participate in its creation and development.  When the prima facie image of a seasoned, reliable senator or lawyer or judge no longer is automatically white and male, then we will be free from the vapidity of the skirt/pants debate.  <div><br class=“khtml-block-placeholder” ></div><div><br class=“khtml-block-placeholder” ></div><div>That looks pretty far off to me.  Until then, I'm going to keep wearing pants because otherwise it seems possible that the men I interact with might pay more attention to my legs than to what I do or say, which is intolerable to me, and probably doesn't propel anyone any further in the direction of equality for women.</div>

I have never been preached to or taught that race should not be assigned a particular weight.  Rather I have a unique life experience as a Chicana.  To ignore that I am a woman and a Mexican-American would be to negate my life experience.  I believe that women experience life through a different lens and that should be valued.  One of my issues throughout law school and working in the law has been that the law presupposes a commonality of experience.  This is just not the case.  I think that if women feel that wearing a skirt is more professional then I would encourage them to wear a skirt, but for me personally my experience has been that pants are just fine.  I also think it matters where you are located. In San Diego wearing pants is not a big deal because most of the me are wearing Dockers anyway.  However, in NY or DC, it may be different.  Also, I think women can be very critical of what others are wearing and if we are going to create a supportive legal community of women, we really should stop the critique of other women in ways that really just bring us down.  I think that bringing up the issue of pants vs. skirts is important because we too easily dismiss the nuances of being a woman in what is still a very male dominated profession.  Thanks for posting the above topic.  I think many women can relate to the dilemma and whether they choose to ignore it or stress over it is up to them, but it is real.
Amanda Aguirre Simpson, UCLA School of Law c/o 2008