Some of the main differences between private vs. public service jobs as a lawyer 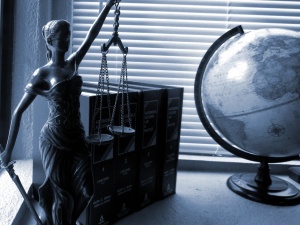 Over the course of my career I have worked in jobs both in the private sphere and the public sphere. There are a couple of clear differences between the two worlds, that I will lay out here based on my unique experiences.

First on my list is job stability, since during times like these it is a major thing to consider. Whether you work for a law firm or a private company, you work for profit, and if for some reason or another profit is scarce, you will have to start worry about the future. Government organizations are going to operate no matter what, and although there can always be downsizing due to budget cuts, it still feels like a more stable situation on the long run.

Other than these general downsizing situations, interestingly, in government the further you are from the top, the more secure your job is. It is quite the opposite in private companies, I guess. And also, the further you are from central government, the less you have to worry about changes at the top. Unless you go working in government because you support one party or another, changes in government shouldn’t affect your job. There might be changes in policy, there might be things you don’t agree with, lots of tilting at windmills in fact, but at the end of the day, the main focus will always be to make things work and do the best you can.

At a private company you’ve ideally chosen your job based on what you are interested in. You’ve chosen your law firm, because you like what they do and the way they do it, or your in-house corporate job because you are interested in the area your company is working in. Changes in the leadership can affect the whole office culture, the nature of your job, even the mere existence of it.

This brings me to your focus and your ideals about the job. I went to become a public servant because I wanted to do good, and work for some greater goal. Sometimes it feels like it’s exactly what I am doing, other times, not so much.

This one is pretty much the same at private companies. You do the job with a certain idea about your goals and focus, and if you are lucky it’s like that most of the time. But definitely not all the time. A few years back I would have said that who’s at the driving wheel matters more in corporate jobs, but I’ve seen many people turning away from public service these past years because they don’t want to be a part of the current machinery, no matter how little their parts were.

Again, your focus essentially differs in these two areas. In the public sector I’ve had a boss once at a government organization who was a CEO of a private company at the same time. He tried to manage our organization along the same principles as his company and it just didn’t work. You don’t manage the staff the same way, you don’t manage money the same way, you don’t talk to outsiders the same way. You just don’t. It requires a whole different mindset. In the corporate world you work for profit, the end goal is always keeping the company afloat, in public service many times you have to overlook financial benefits to do the job according to law.

Speaking of money, there are of course huge differences between salaries in the private and public sectors. In the corporate world you are mostly able to negotiate the salary you expect for a certain job, while in public service salaries are more or less a given.

As mentioned earlier, in the private sector, you work for profit, so you constantly have to prove that you’re worth your salary. In public service many times there is no correlation whatsoever between your workload or your worth as workforce and your salary. That can be discouraging at first when you start your career with big hopes about your future.

Note that I am not advocating for or against either. You have to consider you needs, your life situation and your beliefs to find out what suits you, and it might even change over time. In government organizations, for me it was always about finding some idealistic greater good in the job The West Wing style, but you might want to channel your inner Leslie Knope at the local level. It is also totally OK if you dream about a legal career like that of Diane Lockhart’s or Jessica Pearson’s. Consider your options and choose wisely. You do you.

What are your experiences in these two different worlds? I am looking forward to reading your opinions in the comments (or on Twitter or LinkedIn if that’s your thing).