By Marguerite Willis • April 13, 2015•Careers,  Firms and the Private Sector,  Legal Academia,  Nonprofits and the Public Interest,  Politics and Government,  Other Career Issues,  Law School,  Choosing a Career and Landing a Job, •Internships and Clerkships,  Issues,  Balancing Private and Professional Life,  Mentoring and Networking,  Sexism, Sexual Harassment, and Other Forms of Discrimination,  Women and Law in the Media,  Features,  Guest Bloggers and Profiles of Women in the Law, •Myths & Truths,  First Women,  Superwomen JDs and What You Can Learn From Them 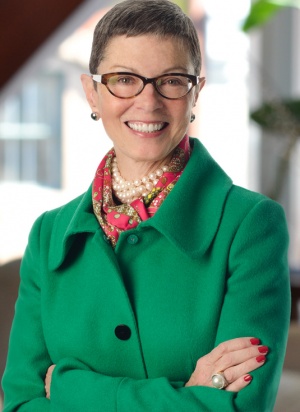 April 14, 2015 is Equal Pay Day.  Here are the reasons why this day should matter to everyone reading this letter.

The History.  Prior to 1963, it was legal for employers in the United States to pay women less than men for the same job.  In 1963, women were earning 59% of what men were paid.  Congress enacted the Equal Pay Act to eliminate this inequality.

The Present.  It has been over 50 years after the passage of the Equal Pay Act and women still do not have pay equality. In 2013, among full-time, year-round workers, women were paid only 78% of what men were paid.  The pay gap existed in nearly every occupation, whether female-dominated, gender-balanced, or male-dominated.

So why, you ask, should you, a lawyer in South Carolina, care?  I’ll tell you why.

The Reality for Women Lawyers.  Despite the fact that we are highly educated professionals, women lawyers fare no better than the average woman.  In 2013, a women lawyer earned, on a weekly basis, 79% of what a male lawyer earned.  In other words, women lawyers are virtually no different than home health aides, elementary school educators, or cashiers.  On average, every woman, regardless of education and experience, earns less than every man in the United States.

What You Can Do.  Pay disparity is simply another form of discrimination that none of us should accept.  Even if you are willing to tolerate it for yourself, you should not tolerate it for your daughters or your nieces, or your mother.  It is time to speak up and to announce that we are, on average, equal to men and deserving of equal pay for equal work.

If you are in a law firm, tell your management that you want your billing rate to be equal to that of your male peers.  If you set your own billing rate, then do not undervalue your services.  If you are in a position to set rates for others, make sure that you do not, even inadvertently, devalue the work of a female lawyer.

We, as members of the Bar, as guardians of liberty and freedom, should be leaders in this area.  Fifty years is long enough to wait for fundamental fairness.  Do your part today.