Staying on Track with Helen Wan’s THE PARTNER TRACK

By Mahira Siddiqui • November 10, 2013•Firms and the Private Sector 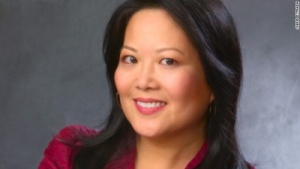 Helen Wan is Associate General Counsel at the Time Inc., a division of Time Warner Inc., and the author of the debut novel THE PARTNER TRACK (St. Martin's Press), about a young Asian-American woman up for partnership at a prestigious corporate law firm, and how gender, race, and class politics complicate her journey up the corporate ladder.  The Wall Street Journal calls THE PARTNER TRACK "an engaging and suspenseful debut novel...reminiscent of Tom Wolfe.  The pleasures of this novel lie in character and plot...with solid psychological insights into the partner-associate relationship."

Your book discusses how race, gender and class play out in the modern professional work space. What was your source of inspiration in writing a book?

My inspiration for writing this book came when I landed my very first job. I was 25 years old and fresh out of law school in the corporate department at a large Manhattan firm. It became clear to me that there were patterns of who was sinking and who was swimming that became fairly recognizable, fairly quickly. I realized all those skill sets that had served me so well up until then: studying hard, making good grades, etc. were really not quite as important as a certain kind of soft skill set that are hard to teach in law school. What I mean by that is knowing how to quickly learn and familiarize yourself with the unique culture of where you work, figure out your place in it and establish your personal brand.

I realized certain people were really great at that while others were getting less visibility. I realized there were no handbooks to figure out how to figure out this unwritten code of conduct. I decided there should be one, for women and diverse attorneys and, frankly, for anyone else navigating this corporate culture for the first time. I thought there should be a book out there to show that 1) you’re not alone and 2) that there is an accessible and entertaining way of examining and learning these soft skills. I wanted there to be a realistic, contemporary story out there about a young associate finding her way so that other young attorneys might not have to spend so much time learning this unwritten set of rules.

Ms. JD strives to help the advancement of women in the workplace. Not surprisingly, your book addresses this notion head on. As a powerful, glass-shattering minority lawyer -- what is one piece of advice from The Partner Track or your personal experience you’d give to the new wave of Ingrid’s entering the corporate culture?

If I were talking to my 25-year-old self the piece of advice I would give would be to basically speak up sooner. Not be so afraid to be visible in the firm. It is imperative to cultivate a personal brand and make that personal brand known throughout the firm. Now, I wouldn’t be intimidated to walk up and introduce myself to partners who practice or work on client portfolios I would be interested in. It sometimes feels to a young associate that everyone else knows all the unwritten rules but you, and that’s simply not true. There were plenty of others who’d just landed in Biglaw who felt the same way I did.  I know that now.  It would have helped to have realized it sooner.

Out of many wonderful experiences I’ve had during this book launch, one of the most gratifying moments was speaking at a top national law school and meeting a young 3L woman who told me she’d just completed a summer at a large NY law firm. She thanked me for writing the book and told me she only wished she’d been able to read my book at the beginning of the summer because she would have felt less alone. That one comment made my day. I really appreciated that she took the time to tell me so candidly that a lot of those anecdotes and scenes still happen and they resonated with her.  I thought, if I can help even one young lawyer successfully handle these office politics and feel less alone, then the twelve years I spent writing this book will have been worth it.

You’ve been speaking about The Partner Track for several weeks now at major law firms across the country. What has been the biggest takeaway from these discussions about diversity?

First, there is a lot of conversation about less mentorship and more sponsorship. There is less of an emphasis on formal assigning and matching of mentors and sponsors. There is more of an emphasis on giving young associates tools to identify who they think their own sponsors should be and use those tools to organically cultivate and build rapport to build a long-term sponsorship.

Some other takeaways I’ve found interesting is there is a lot more emphasis now on the tools we can give to young associates to develop a leadership style, personal brand and make that brand known in the company and firm -- lots of firms have been talking about that. Also, there is much less emphasis now on recruitment. We’re doing okay, numberwise, in the first entering classes of junior associates.  More conversation is centered on retention and promotion to partnership and what happens after a person is made partner. Even after they make partner, there are very few women or diverse attorneys in positions of true power or leadership at the firms.

I’ve also been hearing a lot of conversations that connect my book with the themes of Sheryl Sandberg’s “Lean In.”  (In many cases the women’s initiative committee or minority lawyer networks have been co-sponsoring a book talk for THE PARTNER TRACK in conjunction with their diversity committee, for example.) I’ve noticed there has been a lot of collaborative, simultaneous discussion around both my book and the Lean In movement and there does seem to be something of a moment happening.  It’s very encouraging and I hope all this new and meaningful dialogue sparked by both books can result in a lot of positive changes and opportunities for women and minorities in the workplace.

What was the reaction from the legal, specifically the corporate community that you weren’t necessarily expecting?

My publisher asked me this question prior to publication - what do you think your former employer’s reaction will be? I didn’t really know. Truthfully, the novel is decidedly fiction. I think anyone who knows me and reads the book knows this is not any kind of thinly disguised memoir. But at this point in time, five weeks after publication, I have been thrilled by the overwhelmingly warm and enthusiastic response from the legal community.  I could not have imagined speaking at so many large law firms and corporations about diverse women in the law. Additionally, Time Warner threw me a wonderful book launch in late September, and both of the law firms where I used to work have also done the same.  I have been thrilled by all their support!

One marketing director of a large national law firm told me “It’s the fact that this story is written as a novel that makes it safe to talk about these issues.” She explained that it’s smart that it was written as fiction because companies and firms can now use the book to talk about these issues as a safe platform or conversation starter, without any colleagues having to feel defensive. I thought that was an interesting observation and a high compliment.

You’ve written about identity politics, what do you hope to see from other lawyers and authors in addressing this critical issue?

I am also extremely interested in women’s complicated relationship with ambition, and the cultural, societal, and family-related underpinnings that influence the personal and professional choices we make.

One takeaway from the book, I hope, is that its prognosis is hopeful.  Many of us manage to have quite successful careers in the law. I’m not saying things haven’t changed or improved. But I wanted to make a point that these pressures conform and these instances of unintentional exclusion can and do still happen all the time. But because they are so much more subtle and nuanced now, they can be very difficult for a person to put their finger on. That is what I was trying to bring attention to.