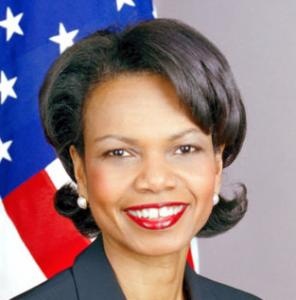 There are many challenges facing women in the legal field today. For example, a recent study has found that women lawyers in general receive on average 80% of the salary received by men who are equal to them in seniority. Like many other women in other fields, women in the legal field find it difficult to juggle the demands of careers and family, especially as women are typically the primary caregivers of children. Lack of part-time and flexible options force many women to make some drastic decisions regarding their careers that do not often plague men, even being forced to leave the field altogether. Even though women make up nearly 50% of most law schools across the nation, the legal field is still dominated by men, especially at the top. In this environment, younger women just entering the field might find it difficult to seek out role models who are women or forge a mentoring relationship with other women. Although the perception of women as meek, docile and weak-willed people who are unfit for the practice of law has been largely replaced with the success of many women attorneys in the recent years, there are still stereotypes against women in fields such as law, medicine and business. There are a host of other problems facing women in the legal field, some subtle, some cultural, and some simply unexplainable.

Even though the challenges facing women in the legal field today might seem overwhelming, I am constantly reminded that women of my generation is able to step into a brighter world because of countless women who have paved the way. I think of former Supreme Court Justice Sandra Day O'Connor and current Justice Ruth Bader Ginsburg. I think of Senator and presidential contender Hillary Clinton. I think of Secretary of State Condoleezza Rice. I also think of women who have bravely endured the stigma and discrimination to practice law in the past generations. I think of women in every career field, who are striving for excellence in their respective jobs. I think of the pioneers in the women's movement who successfully campaigned to get the Nineteenth Amendment passed, which enfranchised women and allowed them to participate in the democratic process of electing representatives to run our local, state and national governments.

I am indebted to all these men and women who have made progress for women so that I can enter into the world more confident that I can be successful in contributing to society and to the legal field as a woman. However, there still remains a lot of work. I do not want to sit on the fence and passively watch as others contribute to better the situations for women in the legal field. There are some things that I hope will provide a small improvement for women.

First, I want to serve as a role model and a mentor to younger women. Fortunately, this is something that I can start working on immediately, even in law school. We can all look back at our lives and point to people who have served as a guiding light--a parent, a teacher, a coach, a neighbor, a pastor, a boss, etc. Since women are minorities in the legal field, it would be tremendously beneficial for women to be able to interact with and relate to someone in their schools or work places that are also women, people who know the struggles facing women and have braved them to practice law. It is my hope that as I continue as a student and as an attorney, I will seek out other women and provide guidance and encouragement to them.

Second, I want to be educated and active in raising problems concerning the lives of women. As women attorneys, I see this as an obligation to our greater community of women, whether the issue is domestic abuse, prostitution and slavery in third world countries, or unfair prosecution and law regarding rape. I hope to not remain silent when I learn about issues such as these, that I will do my best to educate the public and lend support to bring victims to justice.

Lastly, I want to be excellent in whatever endeavors I pursue in life. After all, all types of discrimination start with a stereotype which characterize a member of a certain group by a character deemed common to the group, rather than by individual characteristics. I hope to contribute in changing people's preconceived notion that women cannot be in certain professions. By performing excellently in all that I do, I hope to be judged by the quality of my work and work ethic, not as "just another girl."

I am a fervent believer in democracy, but know that democracy only works when people believe in it and exercise their rights to protect it. Likewise, I believe that the situation for women will only improve when men and women take active steps. Those steps do not have to be giant steps, but even small steps taken by countless people amount to something great in the end. I hope to be that small step.