The Story of Nancy Gertner: A Woman Defined by the Movement 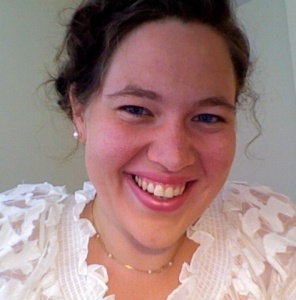 Since my post last month, in which I wrote about the dearth of women at the highest levels of the legal profession, I’ve learned about a variety of notable blue-stockinged lawyers, which has somewhat pleasantly deflated my conviction. In addition to reading about Lisa Blatt, Russlyn Ali, Dale Cendali and the dozens of other panelists attending the HLS Women’s Law Association’s Conference this Friday, I also had the recent privilege to interview a paragon of female empowerment, Judge Nancy Gertner.

When I asked Gertner if she was a feminist, without a moment’s hesitation, she responded, “Yes.” She paused as if to let the “yes” be unquestionably definitive and then continued, “There was no other option for me, than being a feminist.”

Her response is of little surprise. Just like Forrest Gump, whose life-story commemorated key notes of the Baby Boom Generation, Nancy Gertner, as if the protagonist of the Women’s Liberation Movement or Gail Collin’s, book, “When Everything Changed: The Amazing Journey of American Women from 1960 to the Present”, is a feminist because her life is a testament to the movement. Her career and personal life have paralleled, echoed, and reinforced every key moment of the women’s liberation movement – her stories hit all of the high notes.

Sitting in her office, Gertner naturally begins with her childhood in Queens, New York; however, she seems to simultaneously reference the nascent beginnings of Women’s Rights movement. As if dictating lines straight out of Betty Friedan’s watershed book The Feminine Mystique, Gertner said her mother was bound by “gender roles of wife and caretaker” which inhibited her mother from pursuing a college education, and therefore she tried “to do everything [she] could to not be [her] mother.” (To her satisfaction, Gertner would realize many years later while making brisket one night, that she had, in fact, inherited many of her mother’s qualities.)

Unlike her mother, Gertner enrolled in and graduated from Barnard College, one of the Seven Sisters at a time when Columbia, its Ivy-counterpart, did not admit women. Once again, her life echoed a key win of the women’s rights movement. The same year of her graduation, in 1967, Executive Order 11375 expanded President Lyndon Johnson’s affirmative action policy of 1965 to cover discrimination based on gender. As a result, federal agencies and contractors were forced to ensure that women as well as minorities enjoyed the same educational and employment opportunities as white males.

Following Barnard, she attended Yale Law School, graduating in 1971. For Gertner, Yale was a place where she “created a new home.” “It was mine,” said Gerner. It was at this institution where she met women that would later become not only archetypes of the movement but historical figures of empowerment, including Secretary of State, Hilary Rodham Clinton.

In 1970, while at Yale and a year before Gertner entered the job market, a U.S. Court of Appeals decided in Schultz v. Wheaton Glass Co. that jobs held by men and women needed to be "substantially equal" but not "identical" to fall under the protection of the Equal Pay Act.

It was in this milieu that Gertner began seeking employment and soon realized that she was not only part of a movement but a key actor that could ensure legal changes for women’s equality and other civil rights. Gertner decided to ride the wave and become a civil rights attorney. “I was representing me,” she explained her career choice. “I was breaking down obstacles that applied to my own life.”

This mission became abundantly clear in her 1977 breakout case, when Gertner defended Susan Saxe, the anti-war activist charged with murdering a Boston policeman. From the start of the case, gender played a central role. Saxe challenged gender roles, despite doing so through macabre ways, by being one of the eight women to have ever been put on the FBI’s Most Wanted List. Moreover, after deciding to come out of hiding, “Susan chose me to be her lawyer because I was a woman,” explained Gertner. “She was a feminist and wanted a woman to represent her.” Gertner immediately agreed to represent Saxe and soon after the pair became  Thelma and Louise precursor.

As if taking lines straight from Katherine Hepburn’s closing argument in the film Adam’s Rib, Gertner successfully defended her client by arguing that Saxe was receiving a harsher conviction because of gender stereotypes. The closing argument has been well-documented as an incredible victory in oration. Once again, Gertner explained, she knew the broader meaning and consequences of the case but in addition “it meant my reputation as a lawyer.” Despite her fears, Gertner became an overnight blockbuster success being featured in the Boston Globe, Washington Post and New York Times.

She continued representing all-star clients, like Clare Dalton, a Harvard Law School professor who sued the school for sex discrimination after being denied tenure. She also represented abortion rights groups and the American Civil Liberties Union. After so many wins, Gertner was finally able to open her own civil rights practice. In addition to making shifts in the law through her caseload, Gertner also made a big statement in the courtroom by wearing her trademark red suits (red being her favorite color) and keeping files on lawyers and judges she felt to be sexist.

“At that time, the field was one completely defined by male models,” said Gertner. “Lawyers were known for being big, sarcastic, having a loud voice, and using unmitigated aggression… everything women were raised not to be. I had to envision other roles that were equally effective.” “Humor had a lot to do with it,” Gertner added. “With humor, I could control the room.”

As Gertner made an impression in the courtroom, women in the movement, all over the nation, were similarly beginning to break into the higher tiers of all professions. PriceWaterhouse v. Hopkins was a hallmark of this time, a definitive case establishing sex discrimination in the employment context under Title VII of the Civil Rights Act of 1964.

In addition to her career, during these prodigious years Gertner claims she “never wanted to get married,” but by the age of 39, things began to change. Gertner finally married John Reinstein, the ACLU’s legal director, with whom she would have three children, including a child from a previous marriage. “I wasn’t ready to be a mother or a wife a moment sooner.”

Gertner’s marriage characteristically was in line with, if not, ahead of the times and the movement. “By the time I met John, we had completely confused the gender roles. I owned my own firm and made more money than he did. And he already had a child and so he knew more about children than I did. And we both liked to cook,” said Gertner. “So we had to invent new roles.”

However, Gertner explained her role as wife and mother still follows certain gender-divides, that remain extant, “I am the keeper of the books, like most other women I know." "I buy the shoes. I know when all of the appointments are. I keep all the schedules,” she explained.  It was during this time, making a brisket one night, when Gertner recognized she had more qualities of her mother than she had previously wanted to admit, a realization that she was happy to come by. And once again, like the movement, this awareness came at a time when feminist theories, like that of Nancy Chodorow and even poet Adrienne Rich, began to underscore the importance of reclaiming the concept of motherhood.

Contemporaneously, in the foreword to Of Woman Born, Adrienne Rich wrote that she felt it was important to write a book on motherhood because it is “a crucial, still relatively unexplored area for feminist theory.”

Following her successful career as a litigator and entering the realm of wife and mother, Gertner then moved on to the next challenge. She was nominated to bench, perhaps her most notable role. On the strong recommendation of Senator Ted Kennedy, revealed Gertner, she was nominated to the U.S. District Court for the District of Massachusetts by President Bill Clinton.

The third woman nominated to the District Court (Judges Rya Zobel and Patti B. Saris had joined the bench prior to her arrival), Gertner followed in the footstep of her hero Justice Ruth Bader Ginsburg (another feminist who defined the movement). Having other women on the bench helped to break the 11:1 rule, said Gertner. “Juries with an 11:1 ratio in votes are inherently unstable,” explained Gertner. “Just having one ally changes things.” Speaking to diversity on the bench she continued, “It’s important that makers of these important life decision be diverse.”

Gertner’s seventeen years on the bench have been marked by much acclaim. For one thing, she has received attention for her characteristically bold opinions. For example, several news sources have mentioned her sentencing cases such as US v. Haynes and US v. Wigham.  But Gertner insists that she is just being practical.

Overall her method is to reach beyond the legal audience. “I always write the first few paragraphs of my opinion in English,” said Gertner. “The rest might be written in law, but I always want the beginning to be absolutely clear and accessible.” As can be seen from her recent opinion Diaz v. Jiten Hotel Management, Inc., clarity and transparency are Gertner’s twin objectives.

In addition to her opinions, Gertner also had a lot of ink spilled over her short-term featured blog posts on Slate, where she wrote about her cases.

“I think there are a lot of expectations about how a judge is supposed to act,” said Gertner. But these types of “expectations” have never limited Gertner. Like the movement, she has kept going; riding the first, second, third, and now even fourth wave of her career.

Her latest move, announced days after our interview through the Boston Globe, is that this coming September, at age 65, she will be leaving the bench to accept a teaching position at Harvard Law School.

In a follow-up email she wrote, “I always wanted to have the ability to think about things more carefully and deeply than you do when you are mid-case! And after 23 years as a lawyer, 17 as a judge, I have a lot I want to digest.”

Overall, Gertner is someone who has realized herself as a feminist by being a product of her cause. Her life is a treasure trove of historical stories, documenting the women’s movement. So it is no surprise that friends deem her a “great storyteller.” Her whole career she has practiced telling these stories; as a lawyer, she narrated her clients’ stories in Perry Mason-like closing arguments; as a judge, she assembled the facts in her judicial opinions; and most recently, as a professor, she will tell her students stories about the law.

This year, Gertner will finally tell her own story, in her memoir, coming out in April. When I asked her about her motives behind this project, she said, “My generation needs to tell their stories.” And so she did and will continue to do. I look forward to listening.