Suiting Up for Space Law 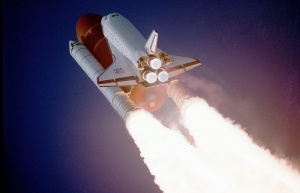 Between the launch of NASA astronauts in test flight for SpaceX Crew Dragon spacecraft earlier this summer, the addition of Space Force on Netflix, and NASA’s recent announcement of Jeanette Epps to launch aboard Boeing’s new CST-100 Starliner spaceship in 2021, the topic of space law is timely. Considered the body of law governing space-related activities, I reached out to my law school negotiating partner and friend, Elsbeth Magilton, to learn more regarding this area of law. As the current Executive Director for Technology, Security, and Space Law initiatives for the University of Nebraska College of Law, she oversees development, growth, and operations of the new Nebraska Governance and Technology Center launched in 2020 and the Space, Cyber, and Telecommunications Law program established in 2008. Space law is a relatively new area of legal study, with University of Nebraska’s L.L.M. and J.S.D. programs and University of Michigan’s Society of Space Law and Law of the Sea being the main options for legal study.

Given this relatively new area of law, you may be curious what it entails. Space lawyers work on drafting and negotiating international agreements and determining how private property and territory rights work in regards to outer space. In addition, there are domestic as well as international issues. Much of what space lawyers do is work to implement international and domestic laws that relate to space activity and exploration.

There are many ways to utilize a law degree. Showcasing these fields to law students and young lawyers is an education on legal fields they may not have realized they had an aptitude for. For example, Ms. Magilton was an art major, but after taking a graphic design course began to explore web development and build her technology skills. In law school she took all the cyber and telecommunications curriculum that the program offered. After graduating, a position opened up at the UNL College of Law for program director. While only part-time, having just had a baby, and with the offer of insurance, she went for it. Ms. Magilton fell in love with space law and built the position from the ground up. Through research initiatives and other projects she turned it into a position and career that did not exist 8 years ago. This persistence is reflected in her advice to law students as they enter this profession: “Failure isn’t final - quitting is.”

Of course I had to ask Ms. Magilton what her aspirations are for future space missions. She stated that the two most interesting to her right now are small-satellite constellations for global internet access and remote satellite servicing. As she explained it, small satellite constellations (or a large network of satellites in orbit synchronously) have the capacity to provide convenient and reliable internet access to large stretches of rural areas that are currently very hard to support with our traditional infrastructure. However, their downside is that they can clutter low earth orbit and may also contribute substantially to space junk problems. Remote satellite servicing refers to missions meant to extend the life of satellites that are already in orbit either by refueling, attaching to the satellite and taking over navigation, or repairing a satellite. These small robotic mechanics are much cheaper to launch, can be launched easily with other payloads, and help make the satellite industry more sustainable by repairing what’s already there instead of just replacing it and leaving inoperable satellites to become junk. As efficient and sustainable as this sounds, these missions are plagued with national security concerns as presumably these missions could also be used to alter or interfere with the satellites operated by another country.

So how does this affect space law? Not all space law is about the future 100 years from now. Much of what space law does currently impacts business and government right now, affecting policy makers, international treaties and how attorneys advise policy making and drafting proposals and negotiating agreements. It is part international law, part lobbying, and part science.

Ms. Magilton’s opinions regarding the Space Force? It is apparently a hot topic of conversation for her and John Malkovich is a national treasure.

My favorite takeaway from talking to Ms. Magilton regarding space law was her advice to law students and lawyers about succeeding in this field: “Collaborate instead of compete...a rising tide raises all the ships.” Ms. Magilton is a great example of how hard work and persistence result in a career she loves, one in which science and law blend together with cutting edge technology.