Superwomen JDs and What You Can Learn From Them: Featuring Randa Hudome of Washington D.C.

By Noha Sidhom • April 04, 2009•Superwomen JDs and What You Can Learn From Them 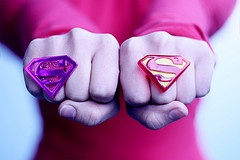 Randa Fahmy Hudome has more than twenty years of experience in the international affairs arena, including service in both the executive and legislative branches of the U.S. Government.  She is the President of Fahmy Hudome International (FHI), a strategic consulting firm that provides critical advice and counsel to Fortune 500 companies, foreign governments, media organizations, private sector entities, and educational institutions with an interest in international energy and foreign policy.

From 2004 – 2007, with the approval of the U.S. Government, FHI represented the Government of Libya after it agreed to abandon its Weapons of Mass Destruction.  After persistent and effective advocacy for Libya, FHI achieved a great success in May of 2006, when the U.S. Department of State removed Libya from its list of countries sponsoring terrorism.  This was a historic foreign policy achievement, as Libya was the first and only country ever to have been removed from the U.S. terrorist list through diplomatic means.  In this capacity, FHI worked closely with the U.S. Government to assist in the normalization of relations between the United States and Libya.  FHI is now focusing on the next phase of U.S.-Libya relations by representing U.S. companies who wish to do business there.

Prior to assuming the presidency of FHI, Randa served as the Associate Deputy Secretary of Energy in the Administration of President George W. Bush.  Randa analyzed, monitored and assessed energy policy as it related to the impact on foreign policy, national security, and trade promotion and investment, working with the White House, and the Departments of State and Commerce.  Her keen diplomatic skills became a critical factor when dealing with both producer and consumer nations as she exercised the Administration’s quiet diplomacy strategy in the oil market. Also during her tenure at DOE, Randa was credited with gaining and solidifying U.S. Government support for the Permanent Secretariat of the International Energy Forum based in Riyadh, Saudi Arabia. She was Secretary Spencer Abraham’s personal representative to the International Energy Agency where she helped coordinate strategy for international oil emergencies amongst the 26-member country organization. Randa was also the point person at the Department of Energy for increased advocacy on behalf of American energy companies seeking business around the world.

Prior to her executive branch experience, Randa was Foreign Policy Counselor during Senator Spencer Abraham’s (R-MI) tenure in the United States Senate.  During the six years she spent in the legislative branch, she was credited with shaping many pieces of legislation that affected U.S. interests abroad.

From 1992-1994, she was the congressional liaison for the National Association of Arab Americans (NAAA), the premier lobbying organization of the Arab American community which is devoted to promoting peace and stability in the Middle East through a balanced U.S. foreign policy in the region.

Randa has long been an effective media spokesperson on international energy and Middle East issues.  She has made numerous television appearances as an energy analyst on NBC’s Today Show and their cable affiliate MSNBC.  Randa also routinely analyzes the political situation in the Middle East before Arab satellite television audiences including Al-Jazeera, Al-Arabiya, Saudi Television, the Arab Network of America, Egyptian Television, Middle East Broadcasting, and the Arabic Channel of New York.  Most recently she authored a Wall Street Journal opinion editorial entitled “Hidden Assets,” which calls upon the U.S. Government to utilize the talents of the Arab and Muslim American community in the global war on terror.

Randa practiced law as an associate attorney at the law firm of Willkie, Farr and Gallagher, where she specialized in the areas of communications, international trade, and corporate litigation.  Randa maintains bar memberships in Maryland, the District of Columbia, and the United States Court of International Trade.

Randa serves on the Board of Directors of SWAPSOL, a company that has discovered a verified process which converts greenhouse gas into clean air and gives business the vital tools to swap global problems for global solutions.

1. What advice do you wish someone had given you when you first started practicing law?

Find a mentor and work with him or her.  This is very important – especially if you are practicing law in a large law firm where no one really has the time to teach you what is needed to be a good lawyer.  Great legal skills are often taught and passed down by those who have been practicing these skills for some time.  As a woman, it need not matter if this mentor is a female or a male. It is important that you find a mentor who is patient, and well experienced.

2. What do you think the legal profession can do to increase the number of senior level females?

One, there must be more mentoring of young female attorneys.  Often times, the male partners feel very uncomfortable working with younger females.  They cannot relate to young women as they do with young men.   They are often afraid to engage these young women – or treat them as they would their own daughters – but that is a personal relationship – not professional.

Two, there must be an acknowledgment of personal and professional balance.  Work, home, family and life should all be taken into account when hiring and retaining young women.

3. Being a first year attorney anywhere is tough.  How do you think young attorneys can really hone their skills in their first few years?

Work hard, be persistent, don’t be afraid to say you don’t know something, and search out the senior lawyers who will teach you the ropes. Also be very aware of the work culture in the firm. If it is not something that appeals to you, be prepared to go elsewhere – do not stay too long so as to be “stuck” in a firm.

4. Our profession is male dominated.  How can young women balance being feminine and professional at the same time?  I meet many women that simply act like one of the boys; I do not think that is the solution.  Do you have any advice for handling social situations, outings with clients, etc.?

The old adage “be yourself” applies.  Women come in different stripes – some women naturally are more masculine –and some more feminine.  You cannot change who you are – but you need not adjust for the males in the profession.  Obviously, dress appropriately for work with attention paid to professional attire, make up and hairstyle.  In social situations and outings with clients -  look for common ground – talk about a topic that might interest all parties – travel, sports, colleges, hometowns, food or music.  Be careful not to overdo it – and that includes consumption of alcohol.  Be very conservative and restrained when consuming alcohol– especially if you are with clients.

5. There is a perception that senior female attorneys think that they had it tough and so should you.  Do you think that this sentiment is true?  If so, do you think there is value in figuring things out on your own like women before you had to?

Yes, my experience shows that senior female attorneys are still tough and have a chip on their shoulder.  They struggled so hard to make it where they are – that they do not have time nor patience to help anyone else along – be it male or female. I also think that senior female attorneys allow personal jealousies to get in the way –they subtly compete with other women on a variety of other issues – including personal appearances, lifestyles, etc.

6. What advice do you have for young female attorneys looking for a mentor?  Do you feel that there is added value in finding a female mentor?  What should they be looking for in a mentor, and what can they do to make themselves someone you would want to mentor?

It is very important to find a mentor – but the mentor could be either a man or woman.  There is definitely value added in finding a female mentor – if she is truly willing to teach you and not compete with you or feel threatened by you.  You should look for someone who is patient, and willing to teach you. Also someone who can constructively criticize your work in an appropriate manner.

I would want to mentor someone who was willing to learn and was also interested in things beyond the professional work realm.  I also like to mentor young women with law degrees who know that there is a world of opportunity beyond the legal profession.

7. Men still get paid more and get promoted faster.  What advice do you have for young women to help them accelerate their careers?

Be very aggressive on negotiating your salary and title. Do not be afraid or intimidated by a potential employer. And by all means, use your degree and experience as bargaining tools.  A JD is a JD – no matter if you are a man or a woman.

9. If you could go back, what would you have done differently in how you approached your legal education and career?

My legal education was excellent.  Georgetown University Law Center really gave me a choice of curriculum while making sure that I had all the basic courses to be well prepared for the Bar Exam.  On the career front, I wish there was less emphasis on securing the first job out of law school with a major corporate firm, and more emphasis on the diversity of career choices – particularly in Washington D.C., where government service – both career and political are wonderful experiences for new attorneys.

10. What is one change you would like to see in the legal profession in the next 20 years?

I would like to see more female dominated or all female owned law firms –where partners and associates are mostly women.  This would provide a better mentoring situation and allow women to grow in their professional careers while having a deep understanding of juggling personal and professional lives.

A Message from the Author:

This column is a Q&A with senior level female attorneys offering advice and mentorship to young female lawyers.  The questions below were sent to the interviewees and responses have not been edited for content.  The advice, experiences, personalities, and approaches of these women are extremely diverse and more importantly very useful to future generations of female attorneys.  I hope this column will offer helpful advice, and inspire healthy discussions.  I have an exciting lineup of female leaders in the profession, but if you have someone you would like to nominate, or you yourself would like to be interviewed, feel free to email me at superwomenjds@gmail.com.   Bio for the author of the column:   Noha Sidhom is a proud graduate of the University of Nebraska College of Law.  Before attending law school, Noha interned on Capitol Hill for the Honorable Charles Timothy Hagel and went on to campaign for Senate candidate Peter Ricketts.  During law school, she clerked at Husch Blackwell Sanders, formerly Blackwell Sanders.  She also did an internship at the Securities and Exchange Commission’s Office of Enforcement and an internship at the Federal Energy Regulatory Commission, where she is now an attorney in the Office of General Counsel.  Noha is licensed in New York and New Jersey, and currently resides with her husband in Washington, D.C.