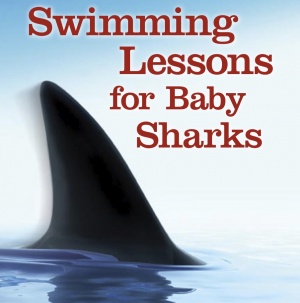 Millennials don't care about money? That's not true for Millennial lawyers according to our survey.

Compensation was the top reason Millennial lawyers left firms and a top contributor to job satisfaction.

Earlier this year, I partnered with Ms. JD and Above the Law on a survey of Millennial lawyers. The online survey was open to lawyers who were born in 1980 or after. The survey received approximately 600 responses. Although certain questions only applied to specific situations, questions generally received at least 250 responses.

Katie Larkin-Wong and I presented key findings from the survey at the NALP Annual Education Conference in Boston in April. Thanks to all the Ms. JD  readers who participated! This is what you said:

When asked what contributed most to job satisfaction, the top responses were:

After compensation, the numbers dropped precipitously. The next tier consisted of these responses:

Among lawyers who had left a firm within the past two years, compensation was the top reason for leaving followed by: “Did not see a future at the firm” and “Did not feel the firm cared about me.”

Although many firms worry that associates sign on with no intention of staying, according to our survey, the numbers are not huge. Fewer than 9 percent of respondents indicated that a top reason for leaving was that they had never intended to stay.

We also wanted to know what aspects of the recruiting process were most influential in associates’ decisions to join their firms. Interviews with attorneys had the most impact – the more senior the better. Here are the top results:

Another common response was that people only had one option. But other aspects of the recruiting process only garnered single digits. These included: contact from recruiters, firm-hosted social events, the firm’s commitment to pro bono, and calls from attorneys to answer questions.

In last year’s millennial lawyer survey, we asked about levels of associate trust. Overall, 54% of respondents agreed with the statement: “I trust my firm.” This year, diving deeper into the data we found that levels of trust differ based on firm size. Here are the results for different sizes of firms (based on total number of lawyers):

One of the reasons trust can be lower at large firms is that associates have less information about how the firm makes decisions and who makes them. In a four-person firm, it is usually clear who makes the decisions.

But large firms generally surpass small firms in developing and implementing polices and structures that promote trust. Examples are non-discrimination polices and career competencies that tell associates the skills they need to advance at each level.

The Great Recession caused a significant drop in levels of trust among Millennials generally. Millennials were particularly vulnerable to the economic downturn, because many were just entering the job market when it collapsed.

Still, economic uncertainty and instant access to information continue to create the potential to undermine trust among Millennial lawyers.

The definition of “trust” in the Cambridge Dictionaries Online is: “to have confidence in something or to believe in someone.”

With that in mind, consider this recent statement from Kenyon & Kenyon reported here by Above the Law’s Staci Zaretsky. The firm was asked if it had canceled its summer associate program:

This is not the case. While some major firms have cancelled their summer associate programs in the past, we have not officially cancelled our summer associate program, but are not guaranteeing that there will be a summer program this year. We are in a transitional period and we cannot say with any certainty there will be a summer program at this time.

Years ago, law students in California might never have known if a firm based in New York was walking back from its summer associate program just a few weeks before summer.

Now those stories have more impact, because the internet makes information instantly available across the globe. Law students who will graduate next year have never known a time without the internet. And a single click shares the scoop with friends on Facebook or elsewhere.

With Facebook’s profound influence on our culture, the top answer to our last survey question was not surprising.

Other popular responses included, “none” and “me.”

Grover E. Cleveland is a Seattle lawyer, speaker and author of Swimming Lessons for Baby Sharks: The Essential Guide to Thriving as a New Lawyer (West 2010). Grover specializes in programs to help millennial lawyers successfully transition from law school to practice, helping them provide more value and avoid common mistakes. He is a former partner at Foster Pepper PLLC, one of the Northwest’s larger firms. His clients included the Seattle Seahawks and other entities owned by Microsoft co-founder, Paul Allen. Grover is a frequent presenter on lawyer career success for millennial lawyers at leading law firms and schools nationwide. Some of the questions in this column come from those programs. Readers may submit questions here or follow him on Twitter @Babysharklaw. He is not related to the 22nd and 24th President of the United States.

Grover: When I posted this piece on my Facebook account, I got a great question: Do you know what the breakdown looks like by firm size.  As it turns out, I know we do!  Any chance that you’re interested in doing a follow up post dissecting some of the cross tabs in the data?  It would be great if we could!