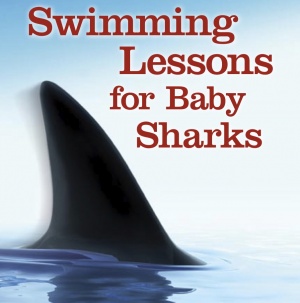 Q: I am involved in a negotiation with an abusive opposing counsel. He tries to embarrass me in front of my client and says I don’t know what I am talking about. I am concerned about raising this with my supervising attorney, because he may think I am over my head. Any suggestions?

A: Ah. Civility. Depending on your personality, the rough and tumble of law practice can be one of its less appealing aspects. But sometimes the job involves taking a bullet for your client. Usually, the best course of action involves keeping a laser focus on your client’s needs and working to de-escalate the situation. And “de-escalate” does not mean “appease.”

Here are some tips to navigate rough seas:

I was concluding negotiations on a transaction, and both parties had agreed not to communicate to the press until a certain time. Media messages had been discussed and approved. Without warning, the other party discussed the deal in the press. Rather than rant, I sent an e-mail with the subject line: The Deal Is Off.

The body of the message went on to say that we were not happy with the disclosure, but a deal might still be possible. The subject line had the desired effect, and the remaining deal points fell into place.

Join the conversation by submitting a question on Twitter @Babysharklaw or here. Get the new Second Edition of Swimming Lessons for Baby Sharks here.

Grover E. Cleveland is a Seattle lawyer, speaker and author of Swimming Lessons for Baby Sharks: The Essential Guide to Thriving as a New Lawyer (West 2d. 2016). Grover specializes in programs to help new lawyers successfully transition from law school to practice, helping them provide more value and avoid common mistakes. He is a former partner at Foster Pepper PLLC, one of the Northwest’s larger firms. His clients included the Seattle Seahawks and other entities owned by Microsoft co-founder, Paul Allen. Grover is a frequent presenter on lawyer career success and generational issues at leading law firms and schools nationwide. Many questions in this column come from those programs. Readers may submit questions here or follow him on Twitter @Babysharklaw. He is not related to the 22nd and 24th President of the United States.