Swimming in Small Ponds:  The Peculiarities of Etymology and an Overview of the Elements of Culture 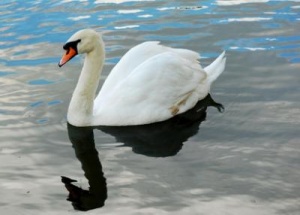 My upstairs neighbor and I share a similar story: we’re both from small towns, went to school in larger cities, and last year, rented a flat in the same duplex when we started our careers.  Just last week, we were sitting on her balcony enjoying the beautiful weather of this Appalachian river valley in the springtime, the view of the charming city park across the street (and its various patrons) and, of course, a few beers.  During this time, we compared notes on being young professionals in our new community.

One of the quirks we discussed involved differences in speech and language, and how they affect our work.  Being from Kentucky, I’m certainly used to the accent which, when thick enough, can be nearly impossible to understand.  There are linguistic similarities throughout the South, such as the infamous use of “ya’ll.”  (I actually say “you all” instead.  I realize, in English, the plural of you is simply “you,” but it’s less precise.  And I’m a Kentuckian, after all.)  However, rural Eastern Kentucky has a distinct dialect from other parts of the state that goes far beyond the hollow (pronounced “holler”).  Unfamiliarity with regional phrases and pronunciations can be frustrating, confusing and, in general, interferes with our ability to effectively communicate with our clients and opposing parties.  (Obviously, effective communication is pivotal in practicing law.)

Depending on the geographical area, the same words can have different meanings.  For instance, “dinner” refers to the mid-day meal in Eastern Kentucky dialect and in other rural areas of the country (as it did in Europe until about the 18th century).  “Supper” is the evening meal.  My neighbor only recently learned this when she didn’t order an evening meal for her patient, because the patient told her she had eaten “dinner.”  We’ve learned other new phrases, such as “hair cream” (conditioner), “hot dogs with sauce” (chili dog) and, certainly my all-time favorite, the disability category of “nerves” (anxiety/depression).  These subtle differences in language exist in many small towns, not just in Appalachia.  And when there are difficulties with basic communication, it is incredibly difficult to provide our clients with effective representation.  It is no different than having a complete language barrier if your client is saying one thing, and you’re hearing something completely different.

Language is a major element of understanding a particular culture, and is both a product and a reflection of the community itself.  Beyond linguistics, it is important to understand the other aspects of the cultural environment in which you practice.  An overly-simplistic breakdown of the elements of culture is as follows:

1.  Language.  Language is a social product that is the basis of communication and interaction with other individuals.

3.  Values.  Values are social products, the reflection of complimentary and conflicting behaviors.

4.  Religion and beliefs.  Beliefs are what a community holds to be true, and can include both religious and (secular) social ideologies.

5.  Social collectives.  This is when people identify themselves as a particular group, as contexts for interaction.

6.  Status and roles.  How individuals fit into a group, and the rights and responsibilities of engagement in the group.

Culture will affect nearly every aspect of your practice.  For instance, how do people view lawyers?  How do people view litigation?  Bias against litigation can run deep in small towns, where jurors consider not only the evidence but also the potential social and economic impact a verdict will have on the community.  This is especially true in medical malpractice cases.  In areas where there is a lack of available medical treatment and staff, juries can be reluctant to find against a medical provider, but a jury’s reasoning can run deeper than simple economics.  Also, there is often a central employer, or a few main employers, that connects the citizens of a town, including the judges.  Whether it’s a small liberal arts college, or a manufacturing facility, or a hospital, one is hard-pressed to find an individual who is not in some way connected to that organization.  Understanding these community-based connections and perspectives is also important in understanding your client, particularly in interpreting their goals and interests in pursuing a case (or defending against one).