Tackling the Menace of Racial Discrimination at Workplace

By Merin Mathew • July 29, 2017•Issues,  Sexism, Sexual Harassment, and Other Forms of Discrimination 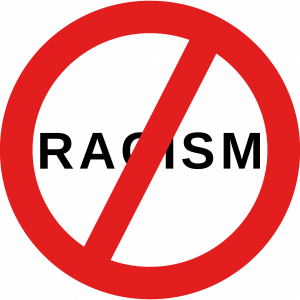 An overseas job is not only well paying, but also opens many other avenues, not to mention a welcome change of environment and meeting new people. This is the reason why people from the third world countries, such as India, Pakistan, the Philippines, etc. flock to more advanced countries for jobs, whether it is the US or any European country or even Saudi Arabia.

However, in some cases this golden dream soon turns sour, when racial or ethnic discrimination begins to make life difficult for the outsiders. The worst thing is that such discrimination may take overt or subtle forms. Overt is when the outsider is subjected to unwarranted racial remarks, ridicule, sarcasm and straight forward racial slurs. However, the subtle form is more difficult to detect and manifests itself as not being hired or promoted due to the individual’s race.

Workplaces in almost all countries strictly prohibit racism. In the US, there are several federal and state laws banning this most reprehensible practice.

How to identify racial discrimination?

It is difficult to identify bias, since the words and actions of the perpetrator can be interpreted in different ways. However, such discrimination becomes obvious in various settings. For example, during a job interview, the interviewer may ask about the prospective employee’s race and based on this refuse to hire.

The federal laws dealing with racialism in the workplace comes under Title VII of the Civil Rights Act of 1964. It forbids the employer on various discriminatory actions, such as:

●          Segregating employees or classifying them based on their race.

●          Giving the pink slip or taking disciplinary action due to the employee’s race.

●          Discriminate on the basis of race by giving lesser salary and perks than others.

●          Stopping promotional avenues or opportunities to rise in corporate hierarchy due to race.