Take a Chance at a Future 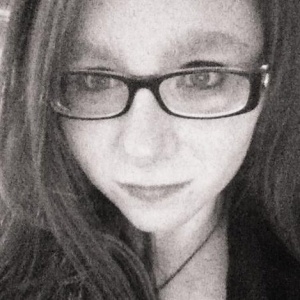 At this point of bar prep, with less than three weeks to go, I wanted nothing more than to crawl under my bed and disappear. Everything made me either incredibly angry or I would be bawling my eyes out. I kept thinking "Have I done enough?" or "Does that score mean I'm going to pass?"

The worst thought was "Is it even worth it anymore?"

The answer to both is yes, it is worth it.

As for studying for the bar: In the last two weeks before the bar I'm fairly convinced I learned more than I did during most of bar prep. It could have been that my brain was on hyper-alert. Or it could just be that lectures were ending and I was finally able to sit down and go through the topics that I really was struggling with.

You know the biggest reason I say it's worth studying those last two weeks? Because I'm relatively sure that if I didn't keep studying, I would have failed the bar.

During my last week of bar prep, my brain was goo. I could barely study more than thirty minutes let alone all day without stopping. But I forced myself that last Wednesday, Thursday, and Friday to sit down with what I knew was my worst subject: Business Entities. It makes me cringe just writing it. But I sat and, in between fits of crying at Starbucks and Panera, I went through my outlines to make sure I could get a basic understanding of it.

By Monday I was relatively sure I had wasted quite a bit of time on those topics and was immediately regretting my decision to work on them. I took a chance in studying for Business Entities and I was positive it wasn't going to pay off.

Tuesday afternoon, I almost had a heart attack when I saw that Business Entities was on the multiple choice. It hadn't been tested in FOREVER. And there it was, staring at me in all it's ugly Times New Roman glory.

When I walked out and was talking with someone (which by the way you shouldn't do but I'm stupid and did), they told me that the questions about not for profits had to be the test questions because it was no where in our materials. I kept my mouth shut and looked at the floor. It had been on the last page of our outlines for Business Entities. I knew the answers.

It is worth it to keep studying. You never know what the future holds.

Speaking of future, if you've been studying, you need to take the bar.

The exam is what stands between you and your license. Your license is the key to being able to practice in a courtroom. It makes getting jobs in law easier. It means you don't ever have to take a bar again if you don't want to.

The exam is the key to a future.

Why give up on the future?

Sure, let's do worse case scenario: let's say you fail. The world won't come to an end. People won't stop loving you. It doesn't make you a bad person. In fact, it makes you a brave person. Only brave people take chances. If anything, people should look up to you because you took a chance at a future. How many others avoid taking a chance because of fear? How many people give up on their dreams because it's too scary? I'm betting there's quite a few. But you didn't. You accepted the risk, took the chance, and went for it.

Some might argue with me insisting I say that the license is YOUR future, making it seem as if you have to pass the bar. That's not the case. I said you're taking a chance at A FUTURE. Maybe if you fail you'll find yourself going after a different future, but you will always be able to say that you tried and that you took a chance.

Believe me when I say that it's OK right now to be tired, it's OK to be frustrated, to cry/scream/throw temper tantrums. But what I am also saying is that I don't believe it's  OK to give up. A life full of regrets is no life at all. You've worked to hard to call it quits now. Don't do something you'll regret.

Take a chance; take the bar. You might pass. If you don't, at least you can say you tried and you took a chance at doing what you want to do.

Don't give up on the future; the future is always worth it.

This is such an excellent post Joanne!
I’ve spent years counseling bar-takers and it can be challenging to find the words to say to them when the exam gets terrifyingly close, and also when they don’t pass.  You’ve captured some of what I try to express much, much better than I’ve ever done.
Taking the bar is an act of courage for many people.  Taking it again after failing it requires even more courage.
Thank you for articulating this so beautifully!