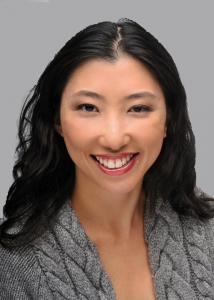 Despite having her right leg amputated at the age of five, Bonnie St. John became the first African-American ever to win Olympic or Paralympic medals in ski racing, taking home a silver medal and two bronze medals at the 1984 Paralympics.  In addition to her achievements as a Paralympic athlete, St. John is the author of five books, a Rhodes Scholar, a regular inspirational speaker, and a media personality on The Today Show, CNN, CBS Morning News, NBC News and in The New York Times, People, “O” and Essence.  She is also a business owner and a single mother.  President Bill Clinton appointed St. John as Director for Human Capital Issues for the White House National Economic Council.  In 2008 and 2010 she represented the official White House delegations in the Paralympics, Beijing and Vancouver.

Hua Wang:  How does a one-legged black girl from San Diego end up becoming a champion ski racer?

Bonnie St. John:  I remember the moment when this idea was planted in me.  When I was ten, my mom brought home a picture of a silhouette of an amputee on skis.  The picture had the words, “If I can do this, I can do anything.”

My initial reaction was:  Ski?  It doesn’t snow in San Diego!  Black people don’t like cold weather! But at that moment, my mother planted that vision that I could be a skier.   She planted the seed without knowing how it would work.  She was a single mother who had more time left at the end of the month than money.  But she knew how to dream and believe in things that doesn’t seem possible.  That crazy vision propelled me to fundraise, go to Denver and Vermont, find coaches, ski in the Olympics and overcome all the subsequent challenges.  Sometimes you have to break through all the barriers and figuratively build your own runway.

With all the amazing women out there, the fact that women receive the majority of college degrees, and that women are well represented in entry and mid-level positions, it is easy to think all the challenges are over and that women can do anything they want.  However, a benchmarking study by the White House Project showed that women account for only 18% of our top leaders.  How do you provide role models for the next generation of women and help close the gap?

Research shows that 62% of Gen Y women don’t want the high-powered, extreme hour careers that their mothers had.  Gen Y women are more educated, face less discrimination and have more opportunities than ever before, but many of them are saying that they don’t want the top jobs and they don’t want to break through the barriers.  The challenge moving forward is to help women find their own way and chart their own paths.

You were once featured on a Starbucks cup, with the following quote:  “I was ahead in the slalom.  But in the second run, everyone fell on a dangerous spot.  I was beaten by a woman who got up faster than I did.  I learned that people fall down, winners get up, and gold medal winners just get up faster.”

We all have our share of obstacles.  I was always falling down and getting up.  I lost my leg at age five and I overcame abuse as a child.  My faith is really important to me and has helped me get up in tough times.  I choose to stay positive and focus on joy.

Tell me about your experiences as an economic advisor to the White House.

We had so much pressure to do what is right now and not what is right.  You focus on the next election or the results for the quarterly report.  It is so hard for leaders to make decisions that are right ten years from now.

How do you manage work-life balance?

I prefer to focus on “blending” instead of “balancing.”  For example, I chose to write the leadership book with my daughter.  Otherwise, the book would have taken a lot of my time away from her.  It ended up being a phenomenal experience that brought us closer as opposed to being further apart.  It is so important to involve your kids in your work.  It is not about quality time—it is about making your kids help you.

Do you have advice pertaining to the long hours of the legal profession?

You can do it on your own terms.  My friend made partner not by working long hours but by being the best in her field and getting publicity.  Her firm was hesitant about making her partner given her hours, but when other firms wanted to make her partner, her firm decided to promote her. Don’t just accept the terms that law firms give you because it can be pretty brutal.

Do you have any final words of wisdom?

I think it is important for all of us to help the next generation of women to redefine, embrace and own leadership.  It is important for women to share leadership experiences with men because we do bring a different perspective.  We must be ourselves and not try to be men.