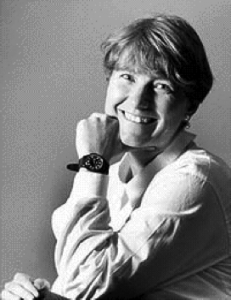 Catherine Admay taught at NYU Law School(1994-96) and Duke Law School (1996-2002) before joining, as visiting faculty, the departments of Political Science and Public Policy/Duke Center for International Development.  She co-founded NYU Law's first international law clinic (serving the government of Eritrea and civil society organizations) and founded and directed Duke Law School's first international development law clinic (serving the government of South Africa and civil society organizations).  She has served as a legal consultant to the Greensboro Truth and Reconciliation Commission and as a legal scholar contributing to the South African Truth and Reconciliation Commission.

Admay worked for the Legal Resources Centre in Pretoria and Gazankulu, South Africa, the NAACP Legal Defense Fund, the Office of the Legal Advisor in the United States Department of State, and with private law firms in Washington, D.C. and Seattle.  She clerked for Judge Betty Fletcher of the United States Court of Appeals for the 9th Circuit in Seattle, Washington.

Hua Wang:  How do you define an activist?

Catherine Admay:  An activist places an emphasis on “acting” for a long period of time.  He or she has an activated strategy, a strong conviction, and a large investment in time and resources. Activism is the combination of observation and intellectual application.

HW:  What are the traits you need as an activist?

CA:   In order to act, you have to have reflection, values, and education.  You also need the courage and stamina to persuade others.  Most importantly, you won’t succeed unless you are a part of a team.  When I was in high school, I stayed up all night and made five hundred cupcakes for a fundraiser.  It never occurred to me to divide up the task among my classmates and have each person make fifteen cupcakes.

HW:  How did you realize that you wanted to create social change?

CA:  Growing up in South Africa, I saw a crying need for activism. I saw evil and injustice everywhere. I grew up around admirable and worthy role models. Even as a ten-year-old, I knew I mattered.

HW:  How does the law transform the public landscape?

CA:  International law has a number of components, including the UN Charter, intellectual property, and the WTO.  International law is often used by rich and powerful countries, while developing countries often don’t have the capacity to understand and shape the laws. I saw the law as a powerful way of having right on your side.  While law is just a flowery and beautiful vocabulary, I do not want the law to become cynical and I work hard to connect it with reality.

Since my father was thrown out of South Africa and my family was given asylum in Europe, I saw the human rights abuses and poverty of South Africa.  I knew I have an intimate knowledge and connection with South Africa, and I also knew I wanted to make sure the government brings their constitutional promises to fruition.  I decided to use my legal training to work with the South African government and make sure that the law does not become an empty promise.

HW:  What is the International Development Clinic?

CA:  The clinic pairs law students with ministries, courts, and other law centers in South Africa. One of my favorite cases involved giant pharmaceutical companies selling Paclitaxel (an anti-cancer drug) at $0.30 a unit in US and $60 a unit to customers in South Africa.  The South African government decided to import pills from Brazil ($0.11 a unit) and sell these to the poor black population.  US threatened to cut off South Africa’s exports if South Africa continued to use parallel importing.  Since no country wants to take on the US, South Africa was in need of a serious legal team and contacted the International Development Clinic.

HW:  What is it like to be a lawyer for a developing country?

CA:  You get no money, but you get to work on some of the most interesting and problematic injustices.  You get to shorten the bridge between rhetoric and reality and you get the psychic income of doing right.  Your recommendations are instantly translated to action and you see the kind of impact that is not available to lawyers who are working for a rich country.  The academic route is the only way to take on clients (i.e., workers, villagers, rural communities) who can’t afford to pay you.

HW: What do you hope your students will take from your classes?

CA:  I teach International Law and Institutions.  I love my students because they are earnest and serious, and they are exploring knowledge as a way of discovering themselves.  I hope my students will polish their love of learning and enjoy understanding what’s driving current events.  To me, the first stage of activism requires investigating and observing the world around you.

I want my students to feel personally called to excellence and I try to be a role model for my students.  For example, I had one of my friends come to speak to the class.  At thirty-five years old, he is a diplomat for the UN and a drafter of the UN Security Council Resolution (this is huge and will change the field of international law!).  I want my students to be exposed to ordinary people who are solving extraordinary problems.