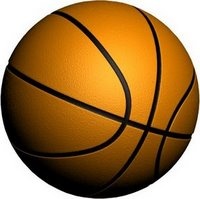 This past week, in lieu of studying, I piled into my school’s gym with most of my law school to watch our basketball team go head-to-head with our rival law school’s. Since I’ve gone to city schools for college and law school (the same city school, in fact), this actually was the closest I’ve ever gotten to a post-high school sporting event. I’m happy to report that my school won narrowly, money was raised for charity, and we all had a much better time than we would have had outlining.

But one part of the evening left me with a sour taste in my mouth: the faculty mini-game played at halftime. Five members of each school’s faculty squared off, and as is the custom in sports played by lawyers, there was a one-woman on the field requirement. To my dismay, I watched as one member of my school’s team boss around the other players on our team, pointing where they should be, barking directions, and generally acting like a poor team player. He was particularly harsh to the female player on the team, an extremely nice professor senior to him.

Now, it takes a lot of guts to play basketball in front of about a thousand of the most critical people in the world—law students—particularly when, basically by definition, you don’t have game. Law professors (and, let’s be fair, law students) are not athletes: the sports ship sailed a long time ago. There might be some exceptions to this rule, but for the most part, we made a decision at some point in our lives that we would take up cranial pursuits, and no one came to this game expecting a game worth of ESPN coverage. But I don’t think we expected such poor team playing, particularly from a professor.

This might be a one-off event, but this game seemed like the acting out of what happens a lot in the law: poor sportsmanship, often directed at women. Law, in some ways, is not dissimilar to professional sports. Both have their superstars, but even the superstars need good teams to back them up. And good teams are built on players treating each other with respect and working together for a common goal. Women, it seems, are still frequently treated as lesser team members, who get less playing time, indifference from coaches, and less support from their teammates. Little wonder so many hang up their cleats after a few seasons, and there are so few in the Hall of Fame.

I’m not saying that there aren’t functioning legal teams out there, or that all men are looking for women to be benched, or even that women are not poor sports themselves sometimes. I am saying that a little more effort for the team and all its players might produce better results by the time the final buzzer sounds.