Techlegality: Virtual as the New Reality 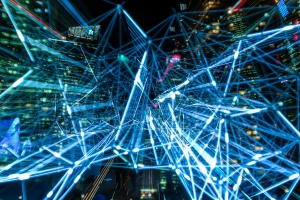 As the global health crisis continues, it has become increasingly evident that “virtual is the new reality” in many scenarios. From law school classes to court proceedings, online platforms have become the primary resources for staying connected. These transitions largely came out of necessity to allow individuals to fulfill their educational requirements or to maintain law and order. In other instances, the use of online forums developed out of creativity. From family meetings and birthday parties to live concerts and happy hours, people have been determined to connect despite the circumstances.

At the height of the transition to using online meeting platforms, Zoom, often the platform of choice, faced a class action lawsuit consisting of claims that the company illegally disclosed personal data of its users in violation of the California Consumer Privacy Act. Since filing of the initial lawsuit, the company released Zoom 5.0 as part of its 90-day Security Plan that offers a higher encryption standard and gives hosts the option to report misbehaving users. Regardless of the apparent privacy issues, users continue to access the platform for their communication needs. That leaves the question of whether there is room for other platforms to compete with Zoom as it has seemingly become a household name.

Well, in come the tech powerhouses. Facebook recently announced Messenger Rooms, a new service that will allow up to 50 people to meet with no time limit and no need for a Facebook account. Google also announced that Google Meets will be accessible to anyone who has an email address. The tech giant will also forego any time limit associated with this service. Will the size of these two companies combined with Zoom’s privacy issues completely shift the current preference for virtual platforms or has too much time already passed?

Just as the big players are off to the races, HTC announced the release of Vive Sync, a virtual reality beta described as a means to enhance cross-functional work and productivity by offering users the ability to be more interactive by creating avatars and interacting with commonly used business tools. Could the option of conducting meetings virtual reality potentially overshadow “traditional” virtual meetings?

With temporary executive orders like the one in New York allowing citizens to get married over these platforms, maybe we are already starting to get a glimpse of what the future can hold with or without social restrictions. As we forge ahead, it will be intriguing to learn the legal challenges that emerge.