The Best Law Schools In The Eastern US 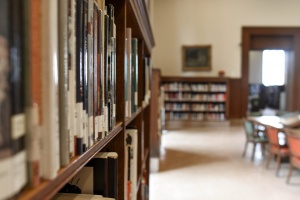 Not too long ago, I wrote about the best law schools in the western United States. I felt like it provided some great info for my readers, so here is the follow up to that article.

The Eastern United States is renowned for Ivy League universities, so it’s no surprise that 7 of the top 8 law schools are located east of the Mississippi. The schools listed below, according to the U.S. News Rankings, are the 8 best law schools in the eastern half of the country.

Yale Law School was ranked as the best in the country by U.S. News, although other rankings have Harvard in the top spot. This prestigious school does not use traditional grades, but instead gives grades such as honors, pass, credit or fail. Yale students have a nearly 100 percent pass rate on the local bar exam, and several U.S. Presidents and Supreme Court Justices have graduated from the school.

Harvard Law School holds one of the greatest reputations among all universities in the world, and you don’t need to attend seminars for careers at colleges to be aware her reputation. Former students of the law school include Barack and Michelle Obama and over a dozen Supreme Court Justices. Based on prestige, Harvard may seem like it should be number one, but Yale edges them out because of statistics such as class size and test scores.

University of Chicago Law School was established in 1902. They are ranked 3rd in the Eastern half of the United States and 4th overall. The University of Chicago is famous for their scientific research, and this tradition carries over into the law school. Professors use the Socratic Method, encouraging intellectual curiosity and passion.

Columbia Law School, founded in 1858, prides itself on taking a global approach to legal studies. Their location in New York provides a more diverse and worldly experience for students. Some of their alumni include Presidents Franklin D. Roosevelt and Theodore Roosevelt.

New York University School of Law is ranked 6th overall in the country and was founded in 1835. It is a large school with over 100 faculty, 80 student organizations and over 300 courses. The school excels in global-oriented law, offering overseas studies in Paris, Shanghai and Buenos Aires. They also have excellent programs for students who want to pursue careers in business law.

Penn Law, another Ivy League school, is ranked 7th overall in the country and it’s one of the oldest and most selective law schools in the world. The school provides exceptional cross-disciplinary education with dual degree programs with other schools, including the famous Wharton School. The University of Pennsylvania Law Review, the oldest Law Journal in the United States, is published here.

The University of Michigan Law School was ranked 3rd in the country in 1987 and is currently ranked 8th. The student enrollment is around 920 and there are 81 teachers. Some of the school’s alumni include Supreme Court Justices William Rufus Day, Frank Murphy and George Sutherland. Over 170 graduates of the school have served in the United States Congress.

UVA Law was founded by Thomas Jefferson in 1819. It is the second oldest continually-running law school in the country. In 2011, the school was ranked 6th among law firm recruiters. The school is ranked fourth in the number of graduates who became partners at the nation’s 100 top law firms.