The Importance of Females in the Legal Profession

By Sam Shoh • October 02, 2017•Features,  Guest Bloggers and Profiles of Women in the Law 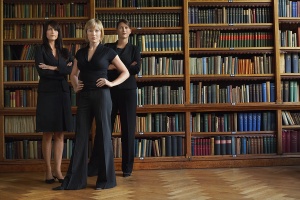 The fight for equality rages on

The fight for equality amongst all people has been there for decades, and it is bound to even get more vigorous with time. It is the value of this course that makes many people very passionate about it. The importance of having a diverse society where everyone has equal opportunity regardless of their gender, race or sexual orientation cannot be overemphasized.

Have we achieved equality for women in the legal profession?

A lot more effort will have to be put in place for this course to be considered successful. The aim is to provide a legal society which is open to inclusion of females with the aim of promoting fairness and justice in the legal profession. As of now, we are yet to achieve that. Women are still under-represented in some of the legal professions such as in the judiciary, law firm or in the teaching of law.

It is high time that issues such as gender stereotypes, sexual harassment at places of work and under-representation come to an end. More so because there are now more opportunities such as more law schools around the world, more law firm, courts and other areas where lawyers have opportunities to practice law. At this point, issues such as limiting the number of females who can be a part of the legal profession need to be non-existent.

Significant reasons for equality of women

There are important reasons as to why the inclusion of the women in roles within the legal profession is something that we should all work to achieve.

1. Law is created for a diverse people in the society.

The laws which are enacted do not just have an effect on a specific gender or race. Law itself is diverse. This can be evident by the different types of law ranging from criminal law, tort law, family law and the others. The law tries to be as inclusive as possible taking into account the existing differences from one person to the other. If the law itself also seeks to uphold equality, would it not defeat its purpose if the same principle is not applied to women seeking to be a part of the legal profession?

Consequently, it would only be reasonable that the lawyers who are representing the different categories of people and law involved to be also diverse. This means the inclusion of women in the legal profession as well.

Equality of females in the legal profession is also important as those who are already in it can become great examples to those who would like to be a part of the same profession. There are a lot of young females who are hoping to have a successful career in law where they can use the platforms they have to achieve justice and equality to all. If these group of young people sees that there is equality, they will work even harder to achieve their goals. At least they will have people who they can look up to.

3. The endless possibilities that can come from equality of females in the legal profession

Margaret Maed stated that “Never underestimate the ability of a small, dedicated group of people to change the world; indeed it’s the only thing that has ever changed the world. Relating her quote to equality of women in the legal profession, it is without a doubt that far much more can be achieved when women are included and well represented in the legal profession.

Each one of them will have a great idea or thought to offer which might just make the world a better place. This can already be seen by the milestone achievements by some of the women who are already in the legal profession, many whom have  learnt first-hand from their own mothers about the core value required to become a reputable legal practitioners.

Methods that can be used to promote equality

There are many ways to which equality of females in the legal profession can be achieved. It all starts with education. Every female should be given as much opportunity as any other to be a part of the learning of law and what it is about. Also, some of the existing policies and procedures that are considered during employment need to be reviewed so that they can be inclusive of all genders. An intentional increase in the creation of awareness on the importance of females in the legal profession will also go a long way towards achieving the goals of this course.

To conclude, there are a multitude of benefits on the horizon if all women are given equal opportunities to practice in the legal profession. If all of us come together in support of this cause, we can achieve our primary; workplace equality and a fair, balanced justice system for all citizens.