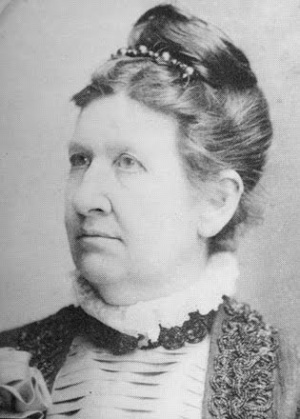 The Law.com headline of January 21, 2020, read, “Women Hold Editor-in-Chief Positions at the 16 Most Elite Law Reviews.” It made me smile. I’ve been practicing a long time - close to 30 years. And while women have not been particularly rare in the profession during my tenure, the struggles have been real. Many women still in the profession today can recount the difficulties they encountered convincing law firms they were capable of handling the rigors of a practice. Many women today continue to face issues of inclusion, equal pay, and sexual harassment.

As difficult as those issues have been for the women facing them, what about the women who, with few mentors and even fewer role models, blazed the trail for the rest of us? Their often compelling stories form the foundation of the female professional collective unconscious. I want you to know these women.

More on our 16 law review editors below, but first, to understand where we’re going, it is important to understand how we arrived where we are today. Until the early 20th Century, a married woman in many jurisdictions had no legal existence outside her “protected” position as daughter or wife. Prevented from owning property, real or personal, she was considered little better than chattel herself. She could not file a lawsuit in her own name or enter into contracts. If she worked for money (which required her husband’s permission), her wages or business income belonged to her husband. In some cases she was prohibited from acting as guardian of her own children. She was also denied entry into many professions, including that of the law. Vestiges of these restrictions, known collectively as coverture, lasted far into the 20th Century. As Justice Hugo Black famously dissented in 1966 (in a case that upheld remnants of coverture in Texas), “This rule has worked out in reality to mean that though the husband and wife are one, the one is the husband.”

Thank goodness, not all women were willing to give in to the prevailing attitudes of their day. Let’s meet some of the brave souls who took on the legal education establishment and paved the way for those sixteen outstanding law review editors.

The honor of “first woman lawyer” in the United States might belong to Lemma Barkeloo. Lemma first applied to Harvard Law School and Columbia University School of Law in 1868. Not surprisingly, her applications were summarily rejected. Evidencing the misplaced benevolence of the era’s patriarchy, George Templeton Strong, a Columbia trustee, wrote of Ms. Barkeloo’s application, “No woman shall degrade herself by practicing law … if I can save her.” The next year Lemma, along with another woman, Phoebe Couzins, entered the newly opened law school of Washington University in St. Louis, Missouri. She left after just one year of the two-year program of study, by one account because of relentless harassment. She chose to take the bar exam without graduating law school and made the front page of the St. Louis Tribune when she passed with honors. Tragically, Ms. Barkeloo died of typhoid only a few months after she entered the practice. In the meantime, however, she managed also to claim the title of “first women to try a court case” in the US.

Ada Kepley, who's photo appears above, was a suffragette and proponent of temperance. She was also the first woman to earn a formal law degree in the United States. In 1870, the same year Lemma Barkeloo passed the Missouri bar, Ms. Kepley graduated with an LL.B. from Union College of Law in Chicago, now known as Northwestern University, but was denied entry into the Illinois bar. Her husband, also a lawyer, shepherded a bill through the Illinois legislature in 1872 that would ban sex discrimination in professional occupations. That allowed her to join the bar but did not ultimately smooth her way. Later, she lamented that her position as the first woman law school graduate did nothing to change the fact that as a woman she had little say in her treatment by government.

It seems I was the first woman to graduate from a law school in America, which boasted to the rest of the world to be “the land of the free and the home of the brave.” Yet they gave no freedom to women. I work as hard as a man, I earn money like a man, and am robbed as a woman! I have no voice in anything or in saying how my money, which I have earned, shall be spent. The men of Illinois run their hands in my pockets, take my hard-earned money, and say impertinently, “What are you going to do about it?”

The following year, Ms. Barkeloo’s classmate, Phoebe Couzins, became the first woman law graduate of Washington University. At a banquet held in her honor, Ms. Couzins, an avowed champion of women’s rights and suffrage, looked forward to a day when women would be able to practice law on an equal footing with men.

Two years ago I entered upon the study of law with many forebodings, toned with many conflicts and doubts . . . [compelled] solely by a desire to open new paths for women, enlarge her usefulness, widen her responsibilities and to plead her cause in a struggle which I believed was surely coming . . . . I trust the day is not far distant when men and women shall be recognized as equal administrators of that great bulwark of civilization, law.

In 2000 Susan Frelich Appleton, J.D., was installed as the inaugural Lemma Barkeloo and Phoebe Couzins Professor of Law at the Washington University School of Law.

It would be almost 50 years after Barkeloo, Kepley, and Couzins parted the waters before a woman was chosen to run a law review. That honor belongs to Mary Donlon, a 1920 graduate of Cornell, who was chosen as editor-in-chief of what was then known as the Cornell Law Quarterly. In fact, Cornell has been a trailblazer itself in the promotion of women within the law school community. Not only was Ms. Donlon the first female law review EIC, three more women held the position in the ensuing decades, before any other law school chose its first. Then in February 2019, 100 years after naming its first woman editor-in-chief, Cornell is believed to be the first law review to choose an all female senior editorial board.

In 2012, Ms. JD issued Women on Law Review: A Gender Diversity Report, which took a hard look at the U.S. News “Top 50” law schools, and the number of women serving on their law review editorial boards during the 2011-2012 academic year. The number of women issued law degrees in 2011 totalled 47.3% of the law school population at those schools. Women comprised 42.45% of the members of their law reviews. Ms. JD noted that the percentage of women editors-in-chief was disproportionately low at 28.6%. Perhaps that number is changing.

Today, the editors of the 16 top law reviews in the country are women. They recently came together at a conference in Washington DC entitled "Honoring the Advancement of Women in Law." Click on the title to read more about their historic gathering. To access their marvelous joint law review issue of February 2020 in the Duke Law Journal, click here: "Women & Law."

Over the coming months, we’ll be meeting more amazing women of the law and reviewing the pace of trends that have signalled the rise of women in the profession. Help me in celebrating these women and the men who believed in and supported them.