The Influencers: The Judge was a Lady 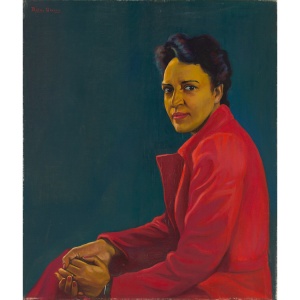 Last fall, Harris County, Texas accomplished a singular feat when it voted onto the bench 17 African-American women, joining two black women already serving. It made news, and the 19 women call themselves “Black Girl Magic”. I should say so. It got me to thinking about how long people of color, particularly female people of color have been actively serving as judges in this country. I love pioneers and trailblazers, especially the ones who have to overcome the objections of naysayers and bigots to achieve their goals. In this column I’ve celebrated many firsts: the first woman lawyer, the first women law students, the first woman judge, the first women to serve on a state supreme court, and the first African-American female lawyer.

This month I’d like us to celebrate a woman who had many firsts, and by all accounts, suffered them with a dignity and strength that few could emulate but not match. I think it is especially fitting that I speak of her now, as recent events have brought to mind the privilege that white people have enjoyed in this profession, sometimes at the expense of our brother and sister attorneys of color, and our failure to use our positions to model equality and diversity in our courts, law enforcement, prisons and jails, and in the profession itself.

Jane Matilda Bolin was born in Poughkeepsie, New York, on April 11, 1908, to an interracial couple during a time when mixed race unions were illegal in many parts of the country. By some accounts, Jane enjoyed a protected childhood as the daughter of a prominent attorney and president of the county bar association. She was greatly influenced, however, by news accounts of the bigotry and violence prevalent in the South.

Bolin was denied entrance to Vasser because of her color. Instead, at 16 she entered Wellesley College as one of only two black freshmen. She, and the other black freshman, a woman, experienced so much social rejection that they moved off campus together. That did not prevent Bolin from graduating in the top 20 students in her class.

Her father expressed his misgivings when she announced her intention of going to law school because of what he was sure would be a difficult path for her as a black woman. Nevertheless, she entered Yale Law School, where she was one of only three women and the only African-American in her class. Upon her death, the New York Times recounted that in a 1993 interview for the newspaper “she said that a few Southerners at the school had taken pleasure in letting the swinging classroom doors hit her in the face.” She graduated from Yale in 1931, the first African-American woman to do so.

Bolin practiced law with her father for a short time before marrying another lawyer and moving to New York City. In 1937, after suffering an initial rejection when she sought out a position with the office of the Corporation Counsel for New York City (the city attorney), she was hired by the Corporation Counsel himself on the spot. She thereby experienced another milestone: the first African-American to join the staff of the City’s own legal department.

Two years later, on July 22, 1939, Bolin was summoned to meet with Mayor Fiorello La Guardia at the New York City Building at the World’s Fair. She went, fearing that she had pissed off * someone and was about to lose her job. Instead, she was greeted by a surprise ceremony to swear her in to the Family Court, therefore forever securing her in the history books for yet another first: the first black female judge in the country. She was just 31.

Bolin remained on the bench for 40 years, during which she oversaw cases involving nonsupport of spouses and children, battered spouses, homicides and other crimes committed by juveniles, neglect of children, adoptions and paternity suits. She worked relentlessly to bring racial equality to the treatment of children in child services and to the appointment of probation officers without regard to race or religion.

Off the bench, Bolin exhibited a strong affinity for programs benefiting children. She was active in community affairs, serving on the boards of the Child Welfare League of America, the local and national NAACP. She worked with the Committee against Discrimination in Housing, the Urban Legaue of Greater New York, the Schlarship and Service Fund for Negro Students, and the New York State Board of Regents, among others.

Jane Bolin died on January 11, 2007, at the age of 98, twice a widow and survived by her son Yorke Mizelle. Her portrait is on view in the National Portrait Gallery of the Smithsonian Institution in Washington, D.C.

*I doubt Judge Bolin would ever have uttered the phrase "pissed off," at least from the bench. The New York Times obituary recalled published accounts of her “regal bearing, fashionable hats and pearls.” Federal Judge Constance Baker Motley spoke on the occasion of Bolin’s retirement, saying “When I thereafter met you, I then knew how a lady judge should comport herself.”