The Investigation, Grand Jury and a True Bill

I hired Dan as my attorney to implore the Government to look at the facts and realize that I was not involved in a crime. Being a target of a Federal investigation began to permeate facets of my life and the investigation phase was now in play.

The Government had grabbed my attention in a way that I never could have imagined and I was more than willing to do whatever I could to show them who I was and what had happened in my role as a Fund administrator. Dan was my shield.  He protected me from myself and from the Government. He protected me from saying and doing things that could antagonize the Government rather than be helpful, even if I had the best of intentions. My perspective was “let’s do this together”. Let’s all sit down and put the facts on the table and discuss what happened. That sounded like a reasonable approach to an investigation. Again, I knew nothing.

Being investigated overall was unexpectedly uneventful.  Besides trying to get used to the idea that I was in a circle with the Government, nothing important seemed to be happening. Again, I was so green.  I was expecting a rigorous meeting schedule with all kinds of documents and former colleagues involved.

Dan sent a letter to the prosecutor, Mr. Williams, giving him some idea as to the far-reaching effects on my life if I was charged/convicted of a crime. Mr. Williams characterized my case as “contentious”. Nothing made sense.

What little I understood about a prosecutor’s job was from casually watching movies or the local news.  The prosecutor was always presented as a very strong, all-knowing authority. Some of the feelings that I had about the prosecutor in my case, Mr. Williams, came from collecting the words and non-verbal vibes I got from the people that dealt with him. I observed a fear-based relationship.

The essence of the allegations in my case stemmed from the loss of investments. I thought I knew what had happened during my role on the Fund committee. I knew what I knew, so to speak.  How did that stack up with what I was potentially going to get charged with? I knew I had been truthful with investors in administrating their paperwork and I knew that I didn’t benefit from anything other than my regular paycheck.  The few investors I had were friends, family and me. How could I be charged with a crime regarding a Fund that some of the closest people in my life and I were invested in? To me, it didn’t compute.

Some facts and observations started to swell around me. I was told about what a famous NY Chief Judge said about prosecutors and I started to get a sick feeling in the pit of my stomach. In January 1985 Chief Judge Sol Wachtler said, “…district attorneys now have so much influence on grand juries that “by and large” they could get them to “indict a ham sandwich.” The Bureau of Justice Statistics states that “U.S. attorneys prosecuted 162,000 federal cases in 2010. Grand juries declined to return an indictment in 11 of them.” The deck felt stacked.

Rarely are prosecutors ever praised for declining to prosecute in the name of justice. That’s unfortunate because in my humble opinion, I believe, it is unlikely that 99.99%+ of the people charged were guilty.  When people are charged with a crime and they are not guilty, it has far-reaching effects on their lives and those who know them. 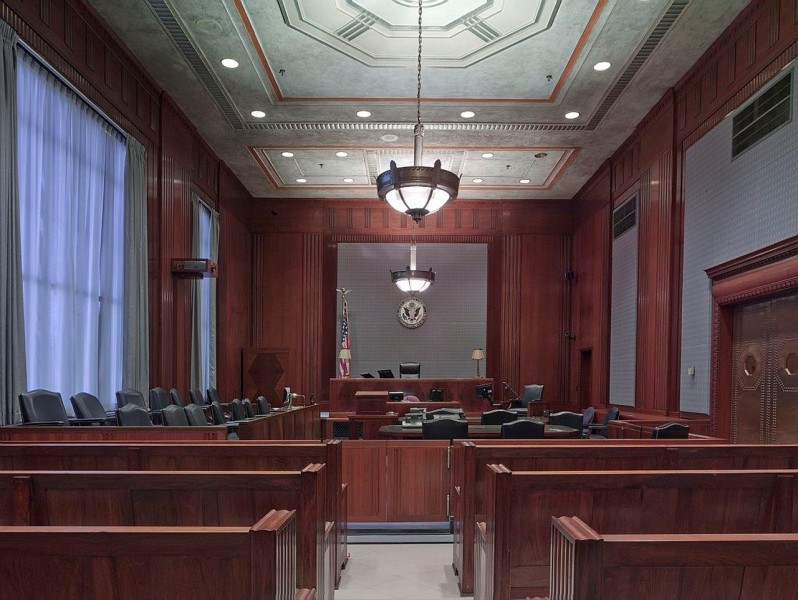 The official purpose of a prosecutor is to serve justice. He/she doesn’t work for anyone.  The prosecutor must use sound judgment at every step in the criminal justice process. That’s a lot of power. The nearly limitless resources of the Federal Government were available to the prosecutor. I was no match for that.  It didn’t feel like a level playing field.

If the prosecutor “got it wrong”, the Grand Jury could correct the path during the investigation phase without a charge.  It felt like this was the beginning of passing the baton from one part of the criminal justice process to the next. What one group may have made an error on, the next group had an opportunity to fix. Early on, I was falling through the cracks.

In spite of also being a target of a federal criminal investigation, Brent, my former colleague, made a rare appearance testifying at the Grand Jury. He provided a very thorough presentation explaining that there was no diversion, no intent, no gain, etc.. and that all the investments made by the Fund committee were authorized.  I remember hearing Brent’s voice after his presentation and thinking that he gave it all that he had. I could hear pure exhaustion and yet, I heard hope. I seemed to always want to hear hope, to grab hold of whatever I thought was real hope. I admired the valiant effort that Brent had made to save himself and in a way, he was potentially saving me too.

Scott was a former colleague who was on the Fund committee with Brent and I. Scott talked with a large percentage of the Fund’s investors. Scott had an immunity deal with the Government. As long as he was truthful and cooperative, he would not be charged with any crime.  He was, as the Government would say, “on the bus”. Scott was a cooperating Government witness.

There were some key answers or comments that Scott said at the Grand Jury that were wrong and a few things that Scott didn’t disagree with that he should have.  His silence begged agreement. It was clear to me after reading his Grand Jury testimony that Scott had his own agenda.

During the course of the Grand Jury testimony, Scott made several false statements under oath. Given his immunity deal, all he had to do was tell the truth and cooperate with the Government. It seemed to me those efforts should be aligned. Scott lied about when he learned about what had happened with the Fund investments which was a key issue because the implication was that Scott didn’t find out what was happening to the Fund investments until they had already been placed. Scott created the first draft of the term sheet that described how the Fund committee may invest the funds. His disassociation was self-serving and not true. Scott lied about a loan that was made to him from the Fund. The Fund committee was allowed to make loans per the Fund Offering and Scott was a partial recipient of a loan, but denied he benefitted from it.

The prosecutor, Mr. Williams, is the primary person asking Scott questions at the Grand Jury. Scott has no one that is advising him, but again all he has to do is tell the truth.  Initially, there was a rhythm to the interrogatories. Questions are asked invoking a repetition of agreement. I would imagine answering affirmatively becomes a bit hypnotic. There is a strategy in play. 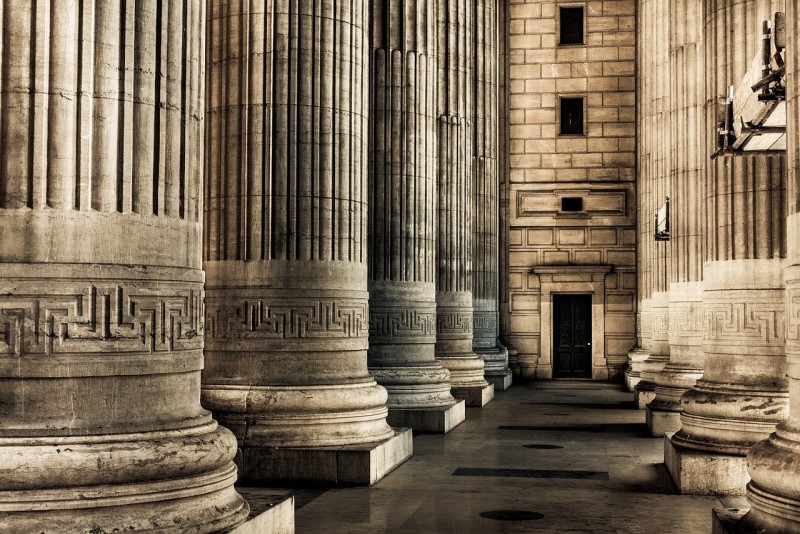 Years later, I looked over the Grand Jury transcript and made some observations about what I knew versus what Scott’s testimony was.

Sometimes you lie by answering a question you weren’t asked.

Sometimes you lie because you make a false statement.

Sometimes you lie when you say you don’t remember.

Sometimes you lie when you deviate from the facts.

Sometimes you lie with your eyes, your gestures, your expressions, your tone, the volume of your speech.

Sometimes you lie even when you have signed an immunity deal to tell the truth.

Sometimes your own agenda is sprinkled in your answers.

There was a point in Scott’s Grand Jury testimony when the prosecutor was describing a conversation between Brent and Scott.  Brent was giving Scott legal advice and part of that was reiterating telling the investors the truth. The prosecutor was trying to have Scott implicate Brent in something deceitful, but Scott starts to disagree. Mid-sentence, the prosecutor interrupted Scott. In a pang of consciousness, Scott attempted to try and clarify what Brent had said – be truthful with the investors. The prosecutor made a dismissive comment and the truth was lost.

The Grand Jury handed down a true bill.  I was officially indicted. It was hard for Dan to tell me I got charged. He knew how likely it was to happen, but Dan never took away my hope.  He stopped short of that. It was unspoken but a fundamental part of the trust and respect we had in our relationship.

I was charged with conspiracy to commit mail fraud, wire fraud and money laundering. Conspiracy has to involve two or more people, but I had no idea who I allegedly conspired with. To this day, I don't know who the Government thinks I conspired with. I had to know that there was an unlawful purpose. I didn't know any purpose other than we were investing customer's money with their signed knowledge and abundance of risk disclosures. Lastly, I had to have an intent to further the unlawful purpose which I just plain didn't. No one on the Fund committee would benefit from the investments without the investors receiving all their investment back and 100% return. That's the way the Fund Offering circular was written.

If I had learned anything at this point, it was that I was going to tell the truth no matter where I landed, no matter how painful or inconvenient.  Wherever the truth landed me was where I was supposed to be.