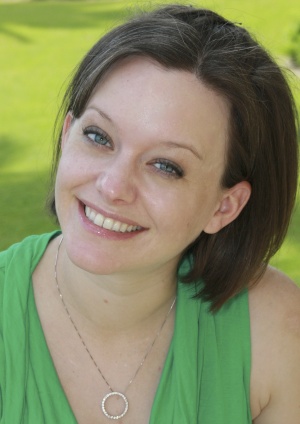 What qualities do you look for in a leader?

Okay, vulnerability likely wouldn’t make your top ten on a list of ideal leadership qualities. But after reading this, you’ll think twice.

A great way to illustrate vulnerability in action (or rather our attempts to conceal it) is to travel back in time to junior high.

You’ve got your clique of mean girls that prides itself on exclusivity, but whose members are terrified of not be accepted for who they are.

There’s the know-it-all perfectionist who overcompensates at school because her homelife is a disaster, and she doesn’t want anyone to know.

And the laid back, cynical “slacker” who claims not to care about grades or what others think, but who actually cares a great deal about being seen and understood.

Each of these familiar kids demonstrates how we all go out of our way to prevent anyone from identifying our vulnerabilities for fear they’ll be exploited. We’d rather adopt a false persona than subject our true selves to being hurt or disappointed.

This fear of vulnerability may begin in childhood, but it continues with us into adulthood and our professional lives.

By the time we graduate from law school, most of us tend to deny the existence of our own vulnerability. Because we’re winners, not losers. Successful, not failures.

This mindset--whether consciously or not--is an unfortunate byproduct of our legal training.

While such training may teach us to be tireless advocates, it also causes tendencies toward perfectionism, aggression and emotional detachment. And these tendencies cause us to internalize any successes or failures, seeing them as reflections of our worthiness (or lack thereof).

According to the American Bar Association, such qualities are responsible for suicide rates among lawyers reaching nearly four times the rate of the general population. FOUR times.

Not only is this no way to live, it’s also completely avoidable.

The first step to getting comfortable with your vulnerability is by redefining what success means to you.

If success can only mean winning a case, getting a job or making six figures, then you are setting yourself up for the type of existence described above.

Because success can be multi-dimensional.

Even if you didn’t win that last case, maybe you totally nailed your closing argument. Sounds like success there.

Or maybe you didn’t get the job you wanted, but you didn’t freak out responded well under pressure and got some great interview experience. More success.

The next step to embracing vulnerability is through connection with others.

Yes, it often feels like you’re alone in the crazed day-to-day. But you’re not.

Lawyers consistently report feeling isolated, trapped and burned out. And one way to alleviate these feelings is by reaching out.

You can connect with other attorneys. Or friends and loved ones. Perhaps you need to make more friends outside the lawyer culture. Whatever works.

Because not only does connecting with others reduce feelings of isolation, but it also provides some perspective. When you’re talking to someone about what went wrong yesterday, they’ll likely be able to relate and even share a similar story.

By allowing yourself to be vulnerable enough to share your ups and downs with someone else, you’ll free yourself from engaging with the world in an antagonistic way. Because through connection, you’ll experience trust again.

Trustworthiness can be a powerful quality in a leader. But you can’t gain trust without vulnerability. Because when you trust someone, you leave yourself open to the possibility that they could hurt or mislead you.

You also leave yourself open to the possibility of growth and connection.

Think back to the worst leader/boss/manager you’ve ever had. How’d you feel around them? Frustrated? Disconnected? Distrustful?

If so, it’s likely because s/he was more concerned about looking infallible and in control than about connecting with and inspiring you.

I know, I know. When you’re in a leadership position you want to seem in control and authoritative, but that shouldn’t be your only concern.

As it turns out, there’s a bit of a paradox when it comes to vulnerability:

Now think about the best leader/boss/manager you’ve ever had.

I’ve been fortunate to have several--both inside and outside the legal field--and when I remember what I loved about all of them, it was their ability to be real.

Their willingness to admit their shortcomings and enlist the help of others. Their understanding that being in a position of power meant lifting others up, not putting them down.

When they made a mistake, they’d own up to it. And instead of thinking they were incompetent, I respected them for their accountability.

When they were confronted with an unfamiliar issue, they’d admit their inexperience and ask for help. Again, I didn’t find them ineffective, but rather wise for knowing their limits.

But when a leader tries to protect herself from the sting of criticism, she’s actually becoming a target for that very response. Because a team needs to feel connected to its leader. And without a willingness to be vulnerable, a leader will operate from a position of detachment.

Of course, vulnerability is just one component that makes up an effective leader. But it’s a vital one. And one that is sadly lacking among most leaders in the legal profession.

By implementing the ideas discussed above, you can break that cycle. Be the leader you wish you had.

How do you think about and cope with your own vulnerability? What are some ways you can embrace vulnerability today?

Annie Little is a trained life coach, former attorney and the founder of JD Nation. Stay tuned for her monthly Ms. JD column full of life hacks for lady lawyers and law students. You can find her on Twitter, Facebook and LinkedIn. Don't be shy --say hi!