The Olympics and Me Too - On the Field: Women in Sports Law

By Tatum Wheeler • February 09, 2018•Ms. JD,  Writers in Residence,  Issues,  Sexism, Sexual Harassment, and Other Forms of Discrimination,  Women and Law in the Media 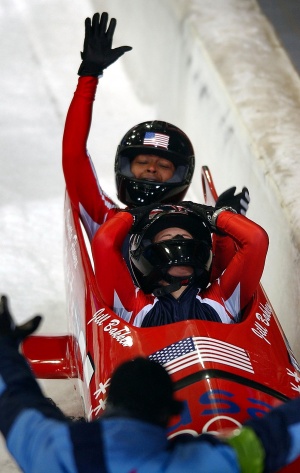 In honor of today’s Opening Ceremony of the 2018 Winter Olympics, I thought we would take a brief look at women’s participation in the Olympics. The Olympics have not always been, and it can be argued, continues to be hostile to women’s involvement. In fact, though the Olympic games in Ancient Greece included foot races for unmarried girls, women were banned from the first modern Olympics in 1896.

Women’s involvement in the Olympics and sports, in general, were openly criticized by the founder of the Modern Olympics, Baron Pierre de Coubertin. According to the Baron, participation in sports destroyed a woman’s “feminine charm” and was better left to her sons. Despite the Baron’s comments, women joined the Olympics a mere four years later and composed 2.2% of athlete participation in five sports: croquet, equestrian, golf, sailing, and tennis. Unlike the Summer Olympics, women were included in the inaugural 1924 Winter Olympics in Chamonix at nearly double the participation rate (4.3%) in a single sport, figure skating (individual and mixed pairs).

With the trauma articulated in the Me Too movement, however, I am having a difficult time feeling the same passion for this year’s Winter Olympics. Though I want to be supportive of the trailblazers that are competing, it is difficult to support an institutional structure that has turned a blind eye to allegations of abuse.

Though I may not be able to resolve these conflicting feelings, I have been able to find some inspirational women along the way, particularly in the strong women who have fought Larry Nassar. Judge Rosemarie Aquilina, the presiding judge in Nassar's Ingham County case, is one such source of inspiration. In addition to her celebrity status for her work on the case, Judge Aquilina is an adjunct professor at local law schools, the former host of an “Ask the Family Lawyer” radio show, a mother, and an author.  After becoming a naturalized US citizen at age 12, Judge Aquilina became the first female JAG officer in the Michigan Army National Guard.

Judge Aquilina is just one of the many women pursuing justice in the Nassar case. Rachel Denhollander, a Kentucky attorney who is often considered the first voice against Nassar, expressed her own story in a recent New York Times article. Her harrowing words have stuck with me:

For the first time, Olympic Villages will have four sexual assault resource centers, paid for by the South Korean province of Gangwon-do after national funding failed. The United States House of Representatives recently passed legislation that requires sports entities, including those under the U.S. Olympic umbrella, to report allegations of abuse to law enforcement and social services. The US has also created a Center for SafeSport, an independent agency in which athletes can report abuse.

I may no longer run down the halls in red, white, and blue shouting "USA" as I did as a child, but I can still stand behind the Olympics, and the many women involved, for using an international stage to bring attention to abuse and delivering justice. If anything, I’ll be cheering for them tonight.

----
Tatum Wheeler is a fellow law aspirant based in the San Francisco Bay Area. When she’s not working, she spends her free time exploring new trails with her dogs, reading narratives, and cheering on her favorite sports teams. Please feel free to contact her with any questions, comments, or further advice.