I am telling the story of my criminal prosecution regarding being charged for managing a venture capital fund with others. This blog is a summary of the prosecution’s witnesses.

Per their charges, the prosecution was supposed to prove that I was in a conspiracy to launder money. Money laundering is defined as the concealment of the origins of illegally obtained money, typically by means of transfers involving foreign banks or legitimate businesses. A conspiracy is a secret plan by one or more people to do something unlawful and they take some action towards that plan.

We started the trial with the unexpected expert witness, Anthony, who was an SEC auditor saying that the Fund was allowed to do what it did.

All the investors had testified and only one had something the slightest bit controversial. Even that one investor showed doubt that he could remember details accurately.

There was a travel agent that I had never known that substantiated that my boss liked to take expensive vacations.

There was a banker that said my boss tried to wire money from an account that he was not authorized to do so.

Even the Government’s financial forensic witness who examined every scrap of the Fund’s banking records never said that I received any money from the Fund. I thought if anybody would try and convict me, he would likely be the guy. He had an opportunity to say that he had records that showed money from the Fund had been disbursed to me or that I received a benefit from funds. He did not.

No one, including the Fund, illegally obtained money. All the investors signed documents saying that they understood what was being done and the offering document allowed us to do what we did. The Securities and Exchange Commission auditor testified to that.

One of the ways that the prosecutor tried to accomplish his task was to say things about the investors losing money over and over again. (We never disputed that for the most part, the investment failed.)  The prosecutor's pummeling comments of  "losing money"  were brainwashing and hypnotic. It had nothing to do with an alledged crime.

There was still tremendous reasonable doubt in the air.  The prosecution rested. 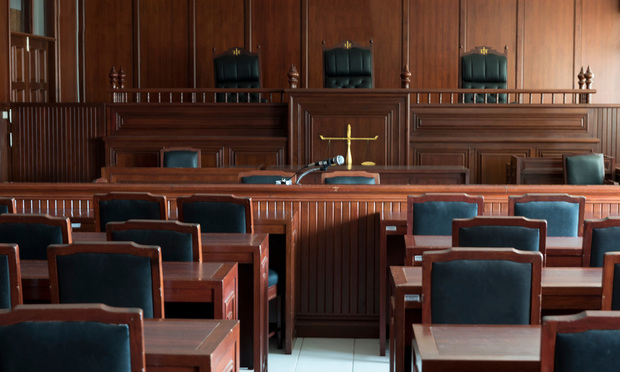 Finally, the defense table breathed a heavy sigh. There was no more wondering who the next witness would be and if there would be some surprise or challenge that we had to quickly wrestle.

I was too naive to know what was about to happen but within no time, my attorney requested a motion to dismiss the case because the prosecution had not proven their case.  Of course, that is our argument, but the Judge seemed to lean in and had a few choice words and questions for the prosecutors.

I was on the edge of my seat. This felt surreal. After all this time, the Judge is shaking the prosecutor.  The Judge asked when the conspiracy began. Interestingly, I wondered about that too. There was never a time that any of the witnesses suggested that we made an agreement to do something illegal. The prosecutor replied to the Judge with a date that was not within the time frame of the charges.  Hmmm. The Judge calls out the prosecutor because it doesn’t align with the dates of the charge. You can’t change the charge. “It’s the charge.”

The prosecutor quickly regained his composure and mentioned other dates within the charge timeframe that he thought may be the answer. The Judge didn’t seem impressed. The Judge shook his head and with a few words indicated that could be a problem for the prosecution. The Judge continued to listen to the argument from my attorney that none of the witnesses said that they were a part of a conspiracy with me. The Judge never heard any testimony that I got some financial benefit from being on the Fund committee.

The Judge shook his head again and said in so many words that he would continue to consider the opportunity, but wouldn’t rule on it at that time. I slid back on my seat, the Judge wasn’t ready to dismiss the case, but he certainly got everyone’s attention when he strongly implied that the prosecution had not proven their case.

There was hope. Real hope. I hardly recognized it. After all the enormous amount of time and effort I made to prove the truth and more emotion than I can ever describe, I saw a glimpse of a Judge that might have actually believed the truth. It overwhelmed me for a bit. I had been fighting so hard for so long. Now, it might be over or at least there was a suggestion that it could be.

Personally, I got to the end of the prosecution’s case and took a big sigh. Whatever the result, at least I survived their wrath. I was strangely proud of myself.  It’s not that I have never been proud of myself, but this whole process had put me in a horrible position for such an extended period of time that I was just glad to have behaved my way through it.

There was a part of me that said, is that your case? I had convinced myself that there would be something that would make me gasp.  Maybe I had watched too many movies and court drama. The only thing that really stuck out in my mind is ……that they didn’t prove their case. They didn’t connect money coming to me or an agreement with any of my former committee members that we agreed to do something illegal.