Is there an issue with calling yourself an “esquire”? 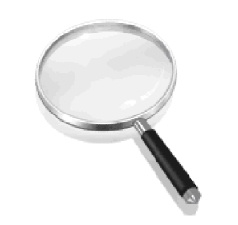 Are you, like me a few days ago, unaware of the debate raging on the proper use of the title Esquire? Among the issues: can you call yourself Esquire? can you use the title outside of a legal context? can the title even apply to women?

My journey into these (mostly boring questions) started when I found this conversation on Google answers about potential issues with women lawyers putting "Esquire" after their names, with the question being whether there was something inherently male about the term. The Illinois Bar Association has a Q&A by Gertrude Block explaining that Esquire was first recorded as a title in 14th-century England, when "it meant 'shield-bearer' and referred to a county gentleman aspiring to knighthood, who could gain that rank by apprenticeship to a knight." The United States, however, prohibited titles of nobility in Article I, Section 9(8) of the Constitution, and the title of Esquire instead came to identify occupation, namely "a justice of the peace or an associate judge, and finally was expanded to include lawyers."

[More trivia after the jump!]

Though the title of Esquire applies to women in the U.S., Block cites an American lawyer in England who writes that the title "never applies to women there" and that there are "certain ribald comments on the receipt of letters addressed to women when the name was followed by the title Esq." In the U.S., public opinion mostly approves of using Esquire for both men and women lawyers with the caveat that "most lawyers disapproved of applying the title to themselves." Long story short? "The title Esq. (Esquire) should be a courtesy one extends to others, not to oneself," and don't extend that courtesty to our female friends across the Atlantic. Another word of advice: according to reference librarian Brenda Jones, "'Esquire' is not used . . . if a courtesty title such as Mr., Miss or Ms. precedes the name."

Can you use your favorite title Esquire even when away from the office? The New York City Bar Association has a "Formal Opinion" (seriously, that's what it's called) by its Committee on Professional and Judicial Ethics on the use of Esquire outside of legal settings. The most surprising tidbit in the opinion is the revelation that Esquire doesn't even apply exclusively to lawyers--"it is often added to the names of poets or artists" (what? Pablo Picasso, Esquire doesn't scream creative genius, does it?). The formal opinion concludes that an "attorney may ethically use the title 'Esq.' after his or her name, even when acting in a non-legal capacity." What a relief for those of us who've already incorporated Esquire into our return-address stamps.

Still awake and eager for more? I do not disappoint. Bizarrely, there are at least two law review articles on the topic, so if you are intrigued, feel free to read on:

All I can say is, you're welcome.

I started using Esq. on my professional email signature block simply because before I did so, I was usually assumed to be an assistant or paralegal.  I don't use it for the signature block on my professional letterhead, since my name is listed with the other attorneys, and therefore it's obvious that I am an attorney on that type of correspondence.  Additionally, I always use it when addressing correspondence to other attorneys, but never use it in my private life or in any other area of my professional life other than my email.  I would be interested to know if other women have resorted to this?

sintecho, thanks for looking into this and writing about it.  I too have wondered about this off and on over the last few years and this is just the sort of thing that I hoped Ms. JD would tackle—who else could we turn to with such a question?
Last week, in fact, was the first time that I ever included Esq. in my signature block when I signed a set of corporate board minutes as the secretary for the meeting.  Using Esq. in the signature for this purpose is standard practice at my firm.  When I saw it next to my name in the signature block I felt like it was kinda cool.  Afterall, the names of the board members and officers that were at the meeting and that appear in the minutes had various endings like Ph.D, and M.D. after their names so I felt thankful that I could have something to add to the end of my name since it isn't standard practice to include J.D.
I do feel like Esquire has a male connotation but I am fine with it anyway, just as actresses seem to now prefer being called "actors".  You know, as time goes by, I think American English loses much of its specificity.  We seem to be using more and more general terms as opposed to words with fine distinctions.  Case in point, my German Au Pair learned British English growing up and is continuously confused by American English because we use general terms to apply to large categories where the same term has a more specific meaning in the U.K.  For example, it took her a long time to get over the fact that we use "student" to mean students at any grade from pre-school through post-graduate school.  I think she was taught to distinguish between students, pupils, apprentices, and colleagues—or something like that.

Sintecho, thanks for researching "esquire." Just last week my brother was asking if it was a simple synonym for "lawyer," and I wasn't sure of the answer. I agree with Peg that the masculine connotation/history of the term doesn't bother me. The analogy to actor/actress is just right—if I worked in Hollywood, I'd call myself an actor (not an actress). I like the term esquire, too.

When I first started and was being introduced to clients, several times another associate told me to add "Esq." to my signature for a certain email or letter to make clear that I was a lawyer rather than a new paralegal.  Whether they would have told a new male associate the same thing I don't know (I work in a 100% male practice group, at least in my office), but it was definitely less awkward than the "hi, I'm a new attorney here" line.
I've also done it (particularly to certain older, male attorneys) when I felt someone was unclear of my role - I've gone so far as to tag it onto my signature line mid-email exchange, for example, when I'm not getting responses in a timely fashion.  My default position is to leave it off, however, unless I feel like I need it.
I do leave it off anything where, if I were not an attorney, it would say so (e.g., letterhead says "paralegal" or "assistant" if you are not an attorney).