Though the Gap Persists, So Do We - On the Field: Women in Sports Law

By Tatum Wheeler • April 27, 2018•Ms. JD,  Writers in Residence,  Careers,  Other Career Issues,  Issues,  Sexism, Sexual Harassment, and Other Forms of Discrimination,  Women and Law in the Media 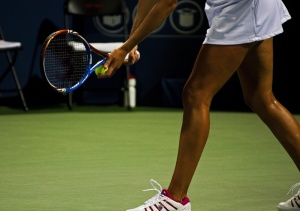 As many of you know, Equal Pay Day was earlier this month and with it, a reminder that pay between men and women, and within different groups of women, is still far from equal.

While the pay gap is felt across professions, it is particularly detrimental to female athletes. Female professional athletes often make a fraction of their male counterparts' salaries. The US is not alone in this problem, as it permeates professional sports organizations around the world.

It is worth noting, however, that unlike other professions, professional sports present some unique challenges. Olympic athletes often rely on their home country’s Olympic committees and outside sponsors to fund their pursuits. Popular (and high medal-earning) sports like swimming dominate the Olympic Committee budget, while athletes from lower-profile sports split the leftovers.

The gender wage gap headlined Sporting Intelligence’s 2017 Global Sports Salaries Survey aka The Gender (In)Equality Issue. Based on their survey of professional sports organizations around the world, they found that:

Within sports organizations, this gap is much more visible:

These findings echo previous research from Adelphi University in 2015, which found substantial pay disparities in basketball, golf, and soccer.

Somewhat fitting, the sport that has led the charge in setting parameters for equality is the only one in which you can earn a score of “love.” In 1973, the US Open became the first Grand Slam to pay the same prize money to male and female players, and later, the Australian Open, French Open, and Wimbledon followed suit.

But, as many of us have experienced, equality on paper is not the same as equality in practice. Based on Professor Svoboda's analysis, women play a lower number of tennis sets in these Grand Slams, and thus on the surface, may be shown to earn more than men. Earlier research from BYU, however, suggests that median earnings for male tennis players are higher than women, and women often earn less in lower-ranked tournaments. Underscoring this point, the Lawn Tennis Association (Great Britain's national tennis association) recently announced that their female athletes earn one-third less than their male athletes.

So, where does this leave us? To sum up, I would argue that though the gap persists, so do we.  There are some encouraging recent examples of women banding together to push for equal pay, regardless of their chosen sport. Iconic tennis leaders Venus and Serena Williams joined Billie King’s Leadership Initiative earlier this month to promote equal pay across professions. In 2016, members of the US Women’s National Soccer Team filed claims against the US Soccer Federation for violating Title IX and the Equal Pay Act. Last year, the US Women’s Hockey Team followed suit and successfully negotiated higher pay and bonuses. They even received support and guidance from 1990's women’s soccer team members who had fought nearly twenty years earlier by appealing to the Amateur Sports Act.

As part of this fight, I think it’s important to recognize our role in fostering change. I’ve had the same short biography with each post since I began writing for Ms. JD which lists my favorite sports teams, the Cal Bears, Pittsburgh Steelers, and Oakland A’s. It's time I found a professional women's team to rally behind and support.

Tatum Wheeler is a fellow law aspirant based in the San Francisco Bay Area. When she’s not working, she spends her free time exploring new trails with her dogs, reading narratives, and cheering on her favorite sports teams. Please feel free to contact her with any questions, comments, requests for further advice, or to help her choose a favorite WNBA team.