Three Quick Ways to Make Networking Part of Your Routine 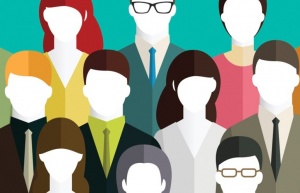 If you've been following along, we've talked about how to be a giver when networking, how to not overextend yourself while being a giver, and how to leverage being a panelist - this month I want to touch on how to fit all this networking into your already busy schedule.

You’ve heard it hundreds of times: You need to network! If you want to build your client base, get referrals, establish your brand and be a better lawyer, networking is required. But when you’re already busting your tail to bill 1,800 (or more) hours per year, and striving to be involved in your community, stay somewhat healthy, and maintain your personal relationships, networking often falls to the bottom of the list.

Here are three easy ways to make networking part of your routine, so it no longer has to be another dreaded item to check off the list.

1. Change your mindset. This one is a biggie. You want to approach the people you are already interacting with as opportunities to build networking relationships. Say hello to the person in the elevator with you, strike up a conversation with another parent at your kid’s basketball game, make a friend at the gym. It may sound insignificant, but one of the biggest mistakes people make when networking is turning it into something much harder than it is. Just start connecting with the people already around you!

2. Do what works best for you. Would 10 minutes a day or an hour once a week be best right now? Think about your current routine and what makes the most sense. Often we feel like we have to do what’s working for someone else because we think that’s our only option.  That’s the first way to turn yourself off from a task! Instead, think of the easiest way to build networking into your day — and build a plan around that.

3. Schedule it. Don’t forget to build networking into your calendar just like you would any other important item. Schedule a recurring appointment to write thank-you notes, to scour publications for articles your contacts might like, or to look for ways to congratulate colleagues on their accomplishments. Spend the allotted time focusing on these tasks, just as you would anything else on your appointments list.

(This article was first published on Attorney at Work.)