First of all, be damn sure there's no other way for you to get admitted to the second jurisdiction without taking the bar exam. It's not exactly a blast to spend summer days seeking out a seat in the public library (although I did see some interesting sights, including a security guard tasked with waking people up with an umbrella. And no, I did not learn that first hand, I'm proud to say.)

I didn't find a way around taking the entire bar again in NY (people still tell me I missed a workaround). A good strategy employed by a colleague of mine to lessen the pain was to take the exam in another UBE state where they turn around results faster and the curve is different, then waive in to NY.

Once you have that down, figure out how much study time you have. Do you have to take a slow burn approach, studying a little every day for months, because you're on a case? Can you take time off? I was lucky my firm supported the effort so I took 17 work days off to study and take the exam. When I took my first bar, I was still a student and studied for the standard two months.

How did I knock that back to three weeks and pass? If I had to boil it down: memorization, endurance, focus, and keeping my cool.

Since this is not my strong suit, I knew it was going to be a challenge. When I took the California exam, I overcame this by 1) handwriting many, many mini colored-coded flashcards and 2) hanging up pages from the Barbri Conviser Mini Review in different places I’d see them in my house (e.g. inside the front door, on the fridge - doubles as nerdy home decor!). I had saved the mini flashcards and looked over them when I studied this time around, but honestly a lot of them didn’t make sense anymore. While studying for an exam that is about 80% the same as one you already passed is frustrating, one of the nice things is you have more of a bird’s eye view of the material. I had a better understanding of the landscape and could see the areas where my previous mental model wasn’t quite right (and I still passed that time!). Remember, you’re not learning this for the first time - own that!

Another thing that helped me memorize was using different study resources. I think some people don’t like this approach because they don’t want to hear the same thing explained different ways, but it worked for me. I picked Barbri as my main study guide because I was comfortable with it, and it worked last time. But if I had to do it again (please no), I wouldn't have relied on it so heavily. Barbri is good for catching corner cases, but they deluge you with information and it's overwhelming. Their answer explanations can get convoluted. It's like they’re testing you on reading comprehension while explaining why you got an answer wrong. To spare you the rest of this rant, I'll say that I also used a three-day PMBR supplement leftover from the CA exam. Those answer explanations are much more straightforward. Also, a friend recommended a study tool called Lean Sheets - lifesaver. Highly recommend Lean Sheets. Other reccs included Adaptibar and Critical Pass flashcards, but I didn't try those this time. I know there are some programs out there that focus on more efficient teaching methodologies. Know of any? Drop a comment!

This was the trick that helped me pass the most. About halfway through the three weeks of fun, I geared approximately 50% of my study sessions to last 15 minutes longer than the actual three-hour exam blocks, made lunch shorter, and started a little earlier in the day. I simulated a full day on this basis three times. Getting your brain to write PTs early in the morning and sitting for hours straight can take a serious toll on exam takers. By using this method, I felt like a runner who had been training in high altitude when test day came.

Planning was crucial, and so was being okay with the fact that I would not be able to learn every single little thing. In fact, I did not get a few of the bigger lessons down pat. I think I succeeded in spite of this because I ruthlessly prioritized study areas according to their prevelance on the exam and how much they affected my score, as well as to my strengths and weaknesses. From there, I set my goals, and then broke that down into the time I had (while leaving room for a “buffer” - more on that later). That became my study schedule. This meant sometimes I had to move on when I didn’t feel like I was ready. But there were bigger fish to fry than practicing the rule against perpetuities again.

Goal setting was a key part of how I stayed focused. Based on research one of my law school professors did, the first time you take the exam you should ideally do 1,800 to 2,000 practice questions. After following that for CA, this time around, I did about 900 practice questions and 3 to 5 essays for each essay topic. I studied for about 4 to 8 hours every day. I crossed the essay questions I lined up for myself off a list, and kept a tally of how many practice questions I did at the end of the day and how many I had left to go. Seeing my progress towards my goals was encouraging. Also, I didn’t force myself to strictly stick to what I had planned for that day if I was having an off day or felt like doing one thing over another. As long as it fed into the overall totals, I gave myself leeway, and shifted around the “to do’s” into other blocks of time so I’d still be able reach my goals. I couldn’t have been this precise the first time around, but now that I knew what to expect and where I needed work, I could be more tailored in pinpointing high-value areas for improvement rather than exhaust myself boiling the ocean. As one of my friends advised, study smart not hard.

As the days went by, I realized that the first time I took the bar, I spent a lot more time being anxious about the exam itself and getting distracted by that. I still had nerves (trust me); however, the main thing I had to get used to wasn't the exam itself, but the studying, which required different brain work than my full-time job. I didn't expect to need so much ramp up time to acclimate to the new routine. In the end, I got my best studying done in the second half of my time off. So, don't freak out if you can't stick to the routine at first. Be gentle with yourself and you'll get there.

To assuage anxiety, I added the following ingredients to my otherwise rigorous routine: yoga, live music, and foot rubs. Big shout out to the family and friends - including my fellow Ms. JD Board Members! - who supported me in this process, too. Treat yourself well (you’re working hard!) and let your subconscious do its thing.

Oh, and the “buffer” I mentioned before: I left three days before the exam without anything in my schedule. In other words, I front-loaded the studying. This bonus time was a gift to myself to make up the things I inevitably didn’t get to, or wanted to focus more on. Plus, it built in a day for travel to the exam site (because I was randomly placed in Saratoga - which FYI NY test-takers, was actually a great venue and word on the street is that it has a higher pass rate than the Manhattan location because it’s a more relaxed atmosphere). In addition, whenever I felt like I wasn’t doing enough, I looked back at my study schedule and all the rationale that went into it, and that calmed me down. 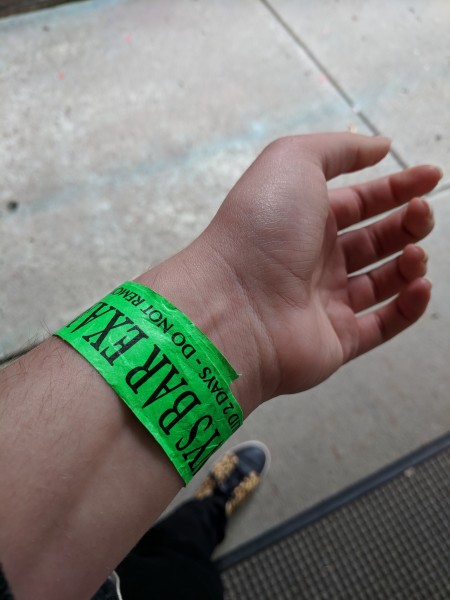 So, through memorization, endurance, focus and keeping my cool, I made it out alive and with a passing score. This did the trick for me, but we're all different. I hope my story helps you find your own method, or at the very least, if you're sitting in front of your computer wondering how you're going to pull it off, helps you believe it's possible to take and pass a second bar exam - even if you only have three weeks!

Thanks, Priyanka! I think the key would be to diagnose the issues. For example, the law professor who gave the 1,800 to 2,000 practice question advice also said that if you see a range of scores on your essay answers, then law is the problem. On the other hand, if your scores are relatively consistent, then writing is the problem. I think more detailed score reports are available when a person doesn’t pass, and there are tutors out there who will analyze them in depth.